BASF invited a select group of press and influencers to an exclusive event in Central London to show off some exciting technology that its scientists have been working on. 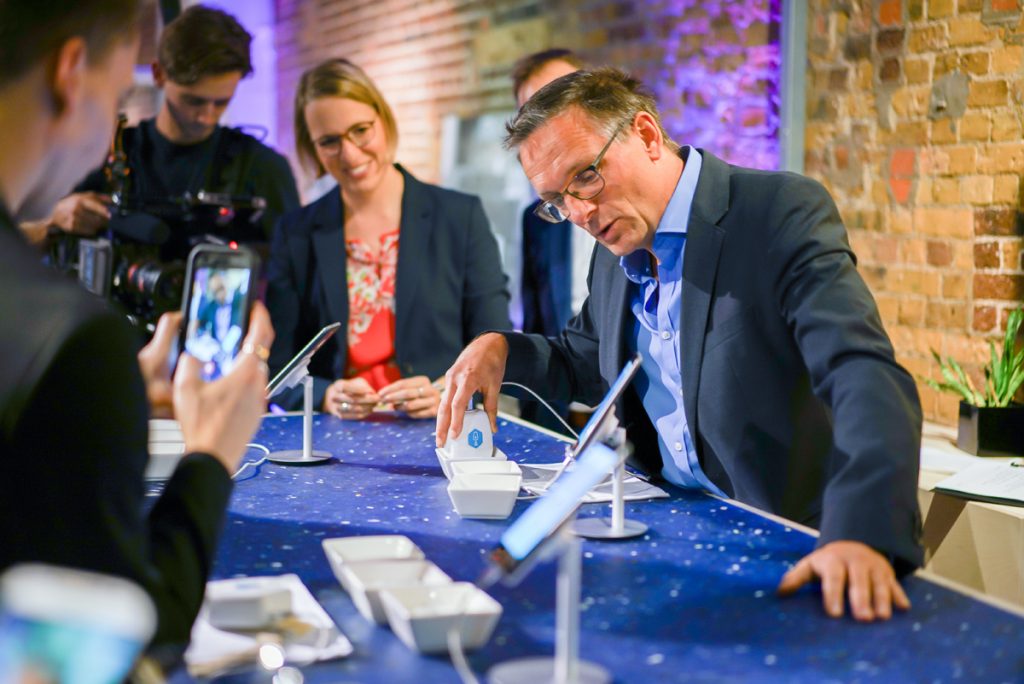 Greeted by colour changing Gin & Tonic cocktails, we were given the chance to try a batch of drinks that were mixed using either conventional sugars or stevia – a healthier plant-based alternative. The only discernible difference between the two drinks was the colour. However, using the newly developed Hertzstück prototype, we were able to detect which drink used which sweetener. Hertzstück was developed by trinamiX, a German start-up and subsidiary of BASF, the world leader in chemical production. BASF uses the start-up culture as one way to push for innovative ideas that can have a positive impact on society.

Taken in a number of seconds, the Hertzstück mini-spectrometer prototype can scan and match the spectral signatures of products. This allows users to detect properties that are invisible to the human eye and which would otherwise need to be sent to a lab for in-depth analysis with large scanners. But using a combination of IR sensor technology and AI the potential for this product could be revolutionary for consumer goods, as it could bring the benefits of this smart tech to the masses. trinamiX expects that near infrared spectroscopy is available to a wider population in the next 4 years as it becomes built into everyday consumer devices, such as smartphones and tablets. 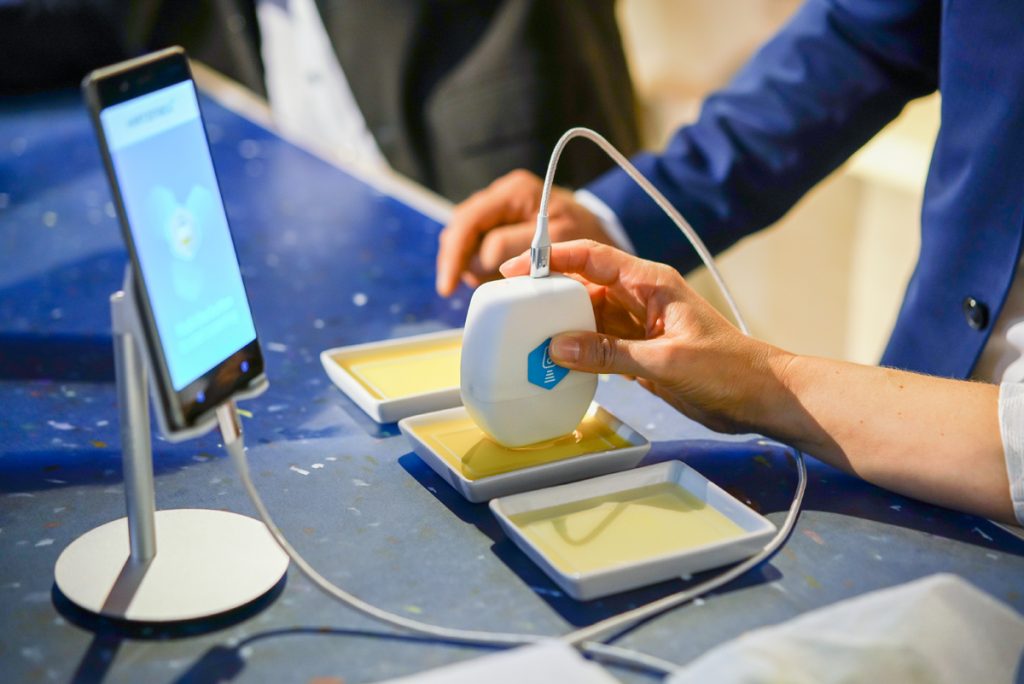 As the company’s vision becomes reality we will be able to make use of NIR scanning technology to ensure the products we buy and consume are genuine and safe. For example, we were given the chance to scan two types of packaged cheese, and the Hertzstück was able to tell – through the packaging – that one cheese was Vegan appropriate, while the other used dairy products. During our dinner we were also shown the capabilities of the device to detect the difference between cotton, blended cotton, polyester and silk – which could have great positive benefits in the fight against counterfeit goods.

Another great potential application could be tackling food waste. Using a device powered by Hertzstück, consumers will be able to scan food and be told if their supposedly out-of-date goods are still safe to consume or not. Hopefully, as consumers become better informed, this could reduce the amount of food we throw away due to sell by dates. 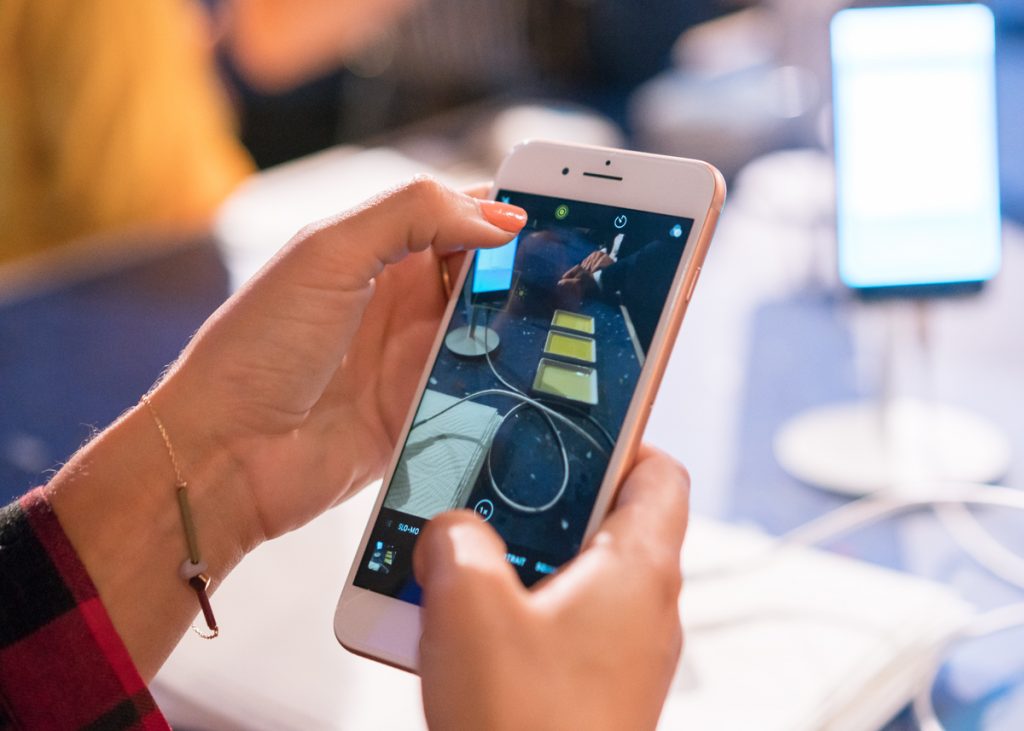 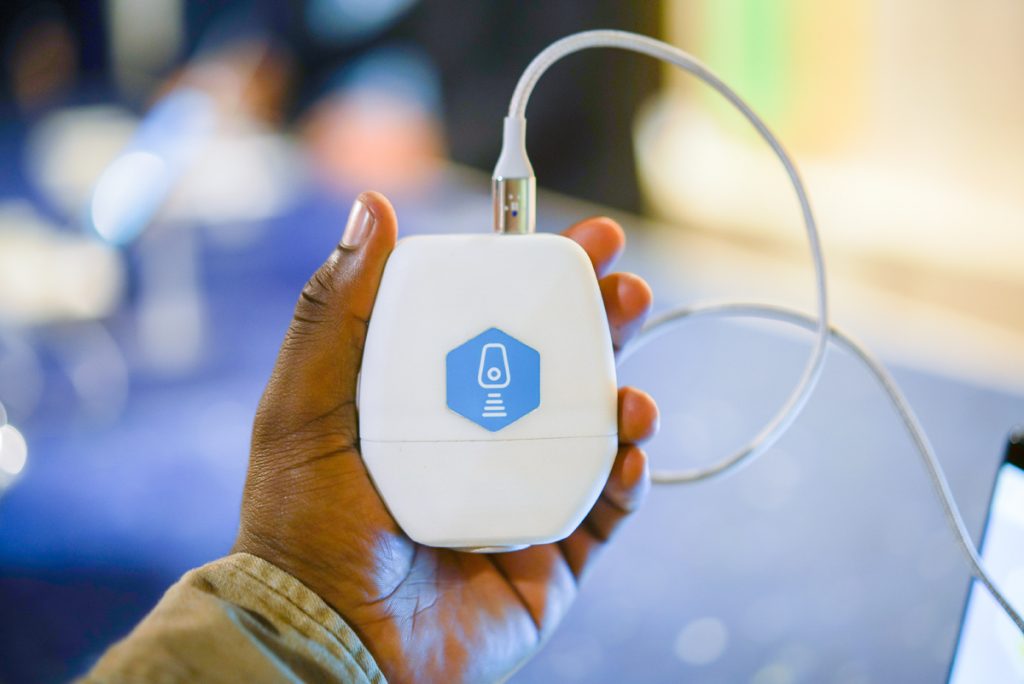 The potential for Hertzstück is virtually limitless and we’re particularly excited to see what that tech will be able to do when combined with the increasingly powerful AI capabilities of smartphones. A number of leading smartphones are starting to introduce infrared cameras for face detection and can already identify hundreds of thousands of different items, using machine learning alone. Supported by the pioneering efforts of trinamiX, smart devices will be able to verify the properties of products with significantly more confidence.

To learn more about trinamiX and BASF, head to their website: http://www.basf.com/hertzstueck