The EE Hawk is a budget smartphone that has all the DNA of some of the most expensive smartphones out there today. It has a fingerprint sensor, USB C port (not even the latest Honor 7x rocks that), ‘Cat 6’ capability for 4G+ download speeds up to 300Mbps, WIFI and 4G Calling, Android 7.1 Nougat, NFC with Android Pay support and more.

Going back to my first phone, the Nokia 3310, I can’t imagine how much the Hawk would have cost back them with all the specs it posses.  Out of the box, it feels solid with a premium build, the only areas where you notice the price tag is when we start talking about its processor speed and display quality, other than that, it’s one of the best budget smartphones out right now.

Design: A lot of glass for your buck

The Hawk comes with a premium Gorilla Glass construction on the front and back which is both stylish (when you move it around, it shimmers under light, which is pretty cool) and durable, and I’m yet to put it into a case or anything and a little wipe, it looks as shiny as it was when I first took it out of the box. The Gorilla Glass spans across its 5-inch display with a resolution of 1280 x 720 HD quality. Up top to the right of the speaker is an 8MP front-facing camera for your selfies and a tiny LED notification light.  Compared to what we have on the market right now, it’s not an infinity edge display or anything, but it still looks good, plus it just means you don’t have to concern yourself with aspect ratio flaws. 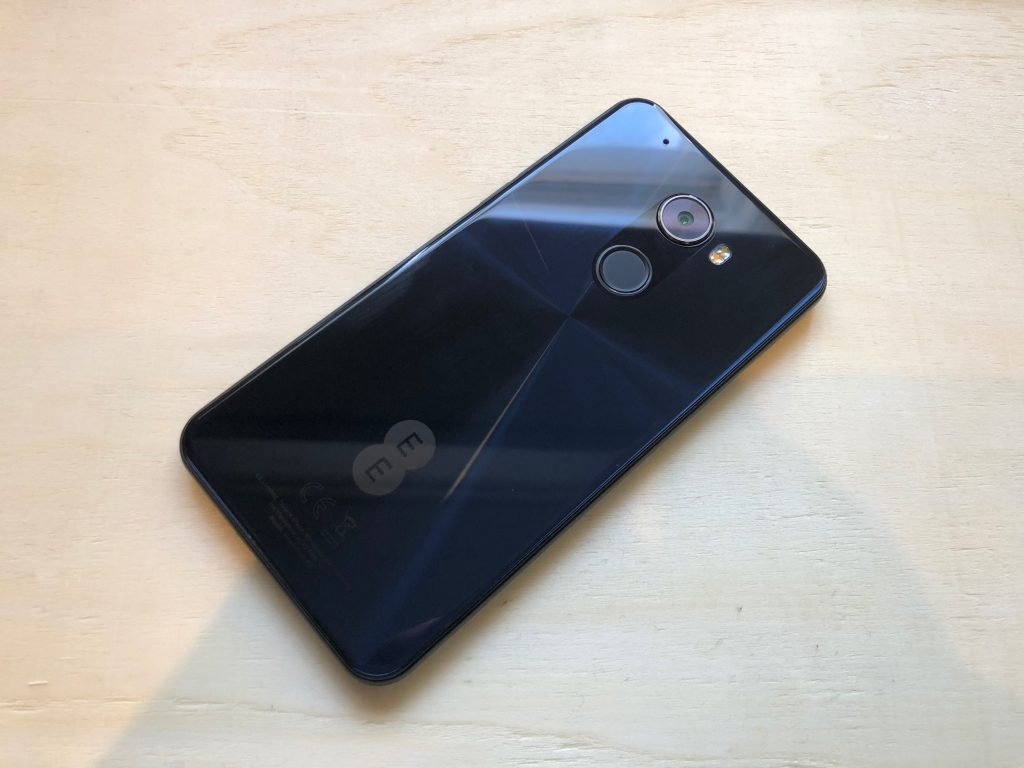 On the back, there’s an EE logo/branding and to the top, you will find a fingerprint sensor places in a spot where you can easily reach it and even though it’s a compact device, it’s still nice that it’s there and easy to reach when needed. Above it, you’ll find its 13MP main camera with flash which we will touch more upon later on. To the bottom of the Hawk, there’s a USB C port which is a great addition and future-proofs the Hawk; on the left side is where both the microSD card and SIM card goes and to the right side are the power button and a separated volume rocker. Let’s not forget that EE has also included a 3.5mm headphone jack and in fact, when you open your box, you’ll find a JBL signature sound headphones in there, again premium features you would usually find in a flagship or more expensive devices.

Performance: Decent processor performance, but where it shines is network speeds

For performance, the Hawk sports a MediaTek MT6750 Octa-Core processor at 1500MHz coupled with 2GB RAM and 16GB of internal memory which can be expanded by up to 128GB. Two positive news here is that you get an Octa-Core processor, Android 7.1 and an expandable storage; since it’s a network specific device, you tend to get some pre-installed applications and other than the My EE app and one other, it’s actually quite refreshing that EE didn’t overload it with all sorts of application you may never use.  While I remember, the Hawk’s fingerprint reader is not just there to tick a box either, it’s actually very responsive, although it’s not Huawei Mate 10 or Pixel 2 XL fast, there’s still no noticeable lag or latency between tapping it and unlocking your device – you can even use it to unlock straight to the home screen when the device is asleep. 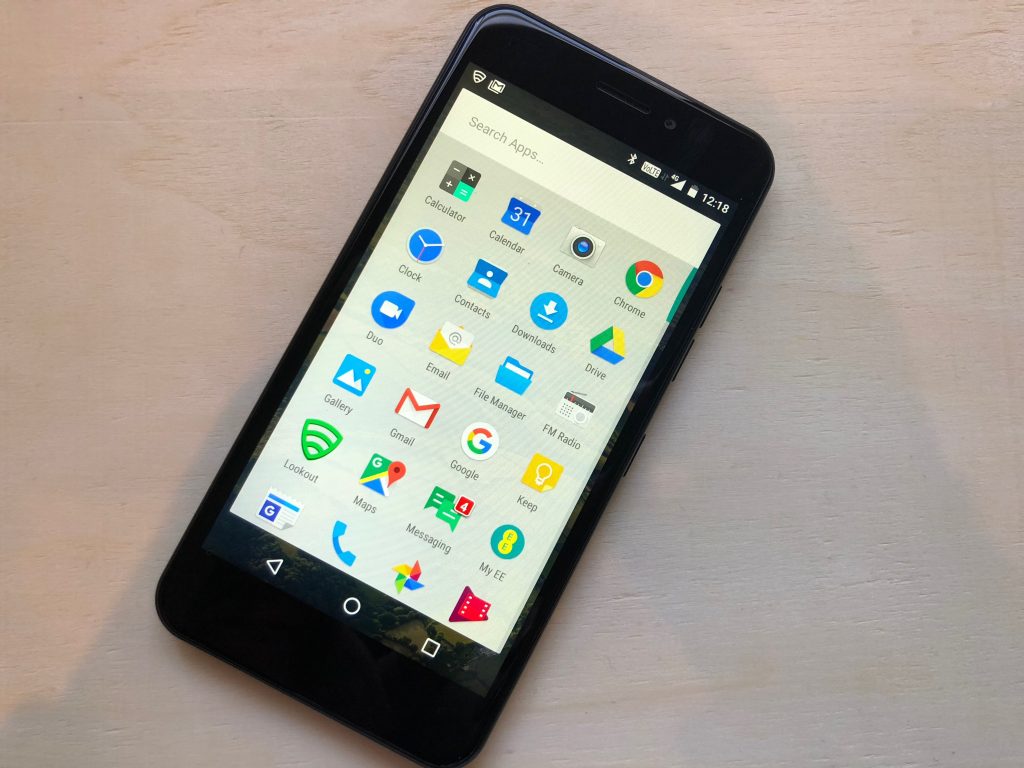 Unde the glass housing, there’s a 2500 mAh battery that’s not removable. EE said it will do up to 10 hours of talk time, up to 13 hours of standby time and during my time with the Hawk, it lasts all day before needing extra charge.  That’s with my using social media, 4G connectivity everywhere, Wifi at home, watching YouTube videos, playing games and emails on the move.  Back to the processor performance, with a budget specification, you would assume that it won’t be up to the job, but using it for all the basics, there’s no hiccups or apps crashing at all.  The only time you notice the processor and RAM size struggling is when playing processor-intensive games which I was surprised to see load up in the first place. 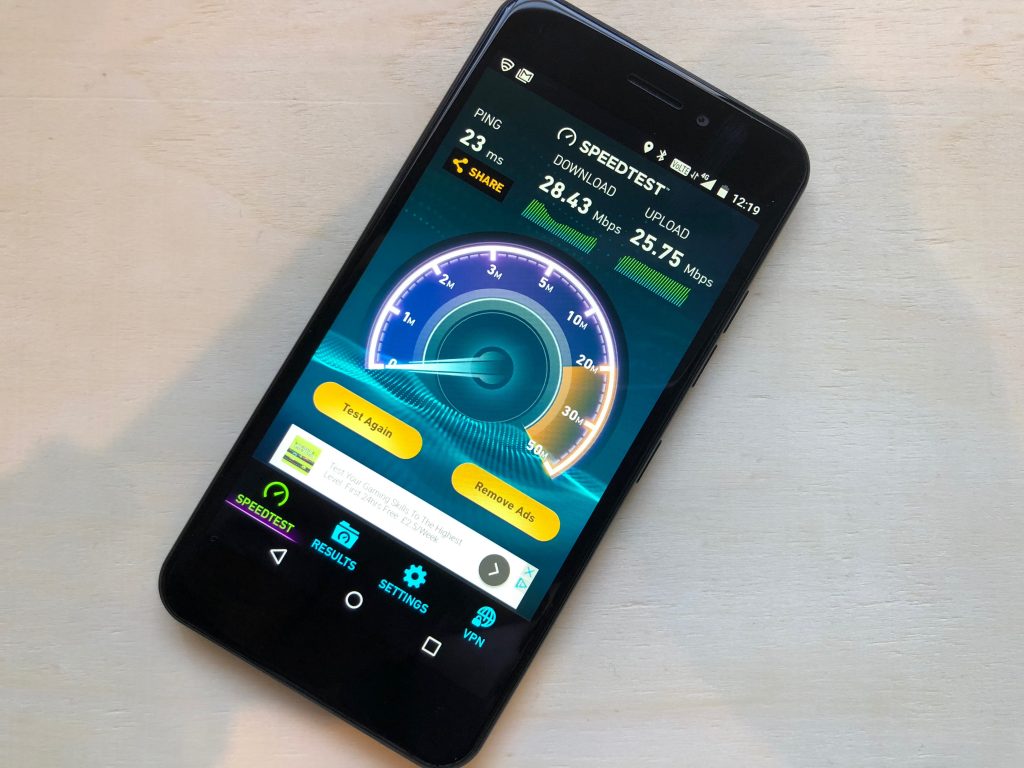 With a 720p display, it doesn’t stack up to some of its rival from rival network providers and say the Moto G5, and having a USB C doesn’t equate to fast charging for the Hawk, unfortunately, however, where it really shines is network download and upload speeds; in my office in South West London, I get fast 4G speeds that are actually faster than my fixed broadband and when out and about town, it can fluctuate up to 30Mbps.  EE did perform a successful test at Wembley stadium where they saw speeds of 238mbps so with the Hawk’s CAT 6 LTE antenna, you will benefit from the best speed there is wherever you are.

Camera: You won’t be missing any moment even if it struggles at night

If you like megapixel count, then the Hawk is not lacking in that area at all, where it struggles really is when in low light and the camera software/app is clunky and can be quite slow at times. It’s easy to use and understand but needs work or we could put it down to the processor.  When you tap the camera app, it takes about 4 seconds to load compared to say the iPhone where you press it and it just appears before you even say cheese. Where it shows more sluggishness is when you activate HDR more, all the processing it has to perform slows it down a little. 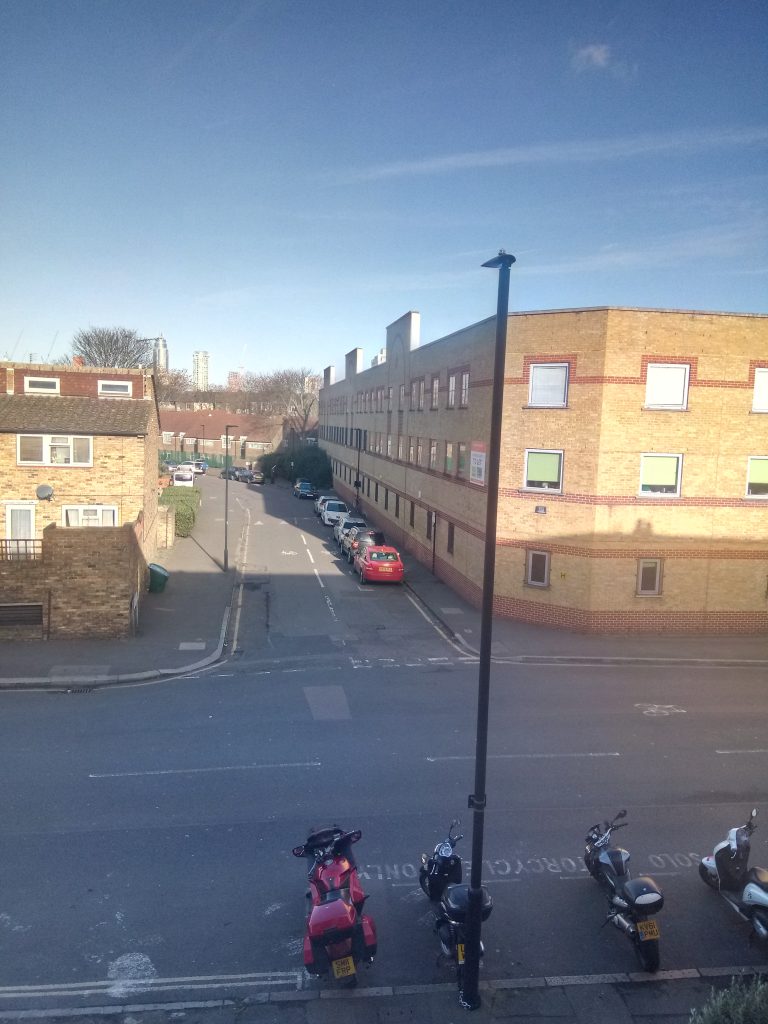 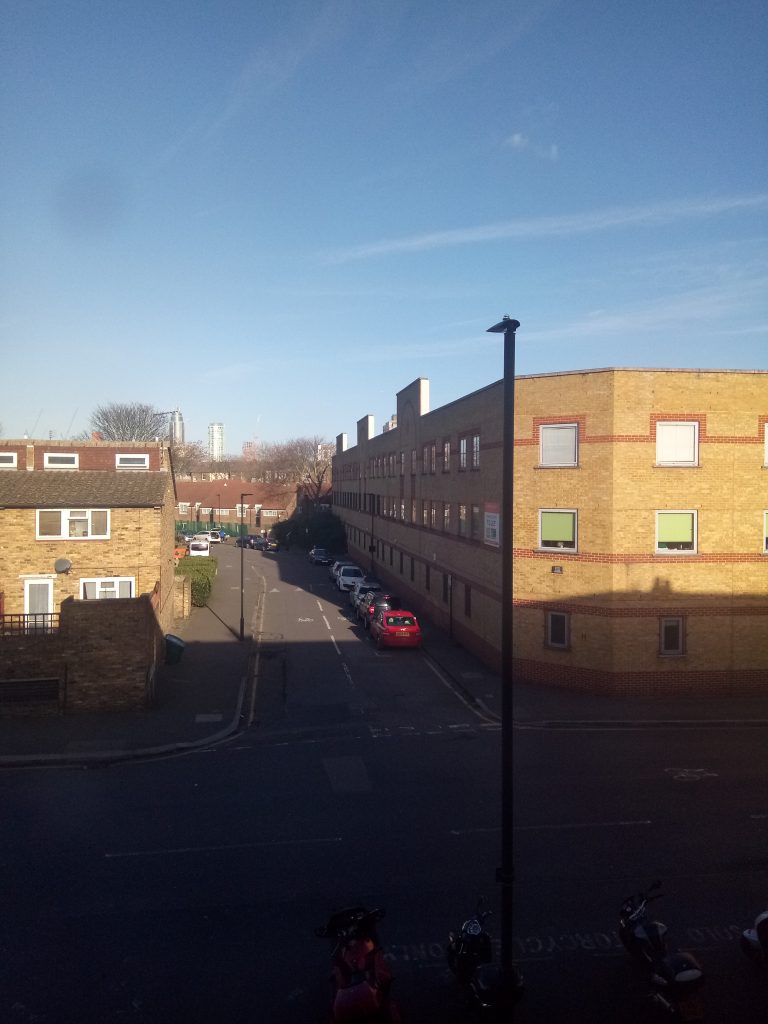 Unfortunately, HDR mode is when you get the best results, otherwise, digging through the settings you will notice a lot of options available to you including anti-shake and even EIS for video capture – oh it also shoots 1080p videos.  At night time, image results in a noisy capture and if you don’t keep still, it comes out blurry.  For the price-point of under £200, you can’t ask for much here really and you can still get your images for sure.  The Hawk’s front-facing camera is not the best either, it looks cold and very soft, so you end up with lack of warmth and sharpness.

Verdict: Is it worth it?

For £150, you really can’t go wrong really. EE has focused their attention on what makes them one of the best networks in the UK and even to use abroad when it comes to data speeds and reliability; with a CAT 6 LTE modem, you can get fast speeds with the Hawk, 4G and WiFi calling.  It feels nice to hold in hand and it feels premium for its price tag. Where it lacks is processor speeds especially when using the camera and playing processor-intensive games.  Its camera is mediocre at best but otherwise, it’s certainly up there for the budget smartphone category.  Who is it for? Those looking for a temporary phone, second phone, first smartphone, buying for their kids or if you don’t want all the bells and whistles of what the likes of a Samsung Galaxy S8 plus have to offer and if you don’t want to break the bank, then the Hawk is definitely for you.

Find out more about the EE Hawk here!