Fitbit’s Flex is an undercut toÂ Nike’sÂ Fuelband and Jawbone’s UP. Â This band being one of the most affordable could push the wearable tech industry to a new lengths ofÂ affordability. Whilst it weighs in at a mediocre Â£79.99 it’s still Â£50 under the Fuelband and Â£20 cheaper than the UP, will it live up to the quality of it’s peers.

The band itself connects to your Android and/or iOS device via Bluetooth 4.0 but also has a USB connector forÂ exportingÂ the data to a PC, and a special connector for charging. With the use of Bluetooth 4.0 it’s apparent that a lot of currentÂ smart phonesÂ won’t work with this device, but this will change in the future with the upgrade to the Bluetooth firmware. One advantage of having thisÂ BluetoothÂ connection is that it has real time updating and with the app installed on a phone this is a major improvement on some of it’s competitors. 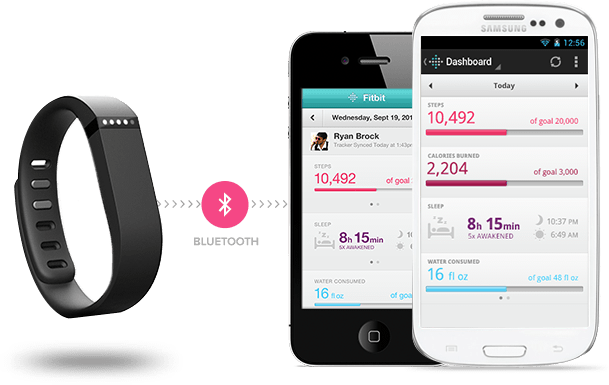 The guys over at Slashgear have already done testing with the device which points in the direction of it being a case of “you get what you pay for” although they did state it was more comfortable than the UP.Â WithÂ it’s downfalls being in the sleep tracking and in it’s charging method. Although it did live up to it’s 6-7 days battery life but we will find out when it hits the UK and GagdetsBoy gets hold of it, in the mean time, have a look atÂ Jawbone’s UP

This water resistant wristband tracker was released into the wild in the US on Monday and will be available for retail on the 27th May in the UK and available from one of our sponsors, Roobix

An all round tech nerd with knowledge of Web Design, Graphic Design and coffee.