As a disclaimer, this is not an endorsement for the Huawei watch, but a genuine love for an Android wear watch that actually looks nice, feels nice and offer a battery life that I can actually live with. Tldr: besides the price point, I would recommend over the likes of the Moto 360 or the LG watch.

The first time I saw the Huawei watch, it was still in pre-production and since I’d already used Android wear OS before, I wasn’t too concerned at that stage with it’s performance, more about the design and how it feels on the wrist.  Since I’m all about my watch game, I wanted something that I can wear whether i’m sporting or dressed in my tuxedo. With most other smart watches on the market, they feel too light and for me, as a personal preference, I needed something that has a bit if weight to it, just like a normal watch, I also don’t want people asking me what do I have on my wrist and having to explain. 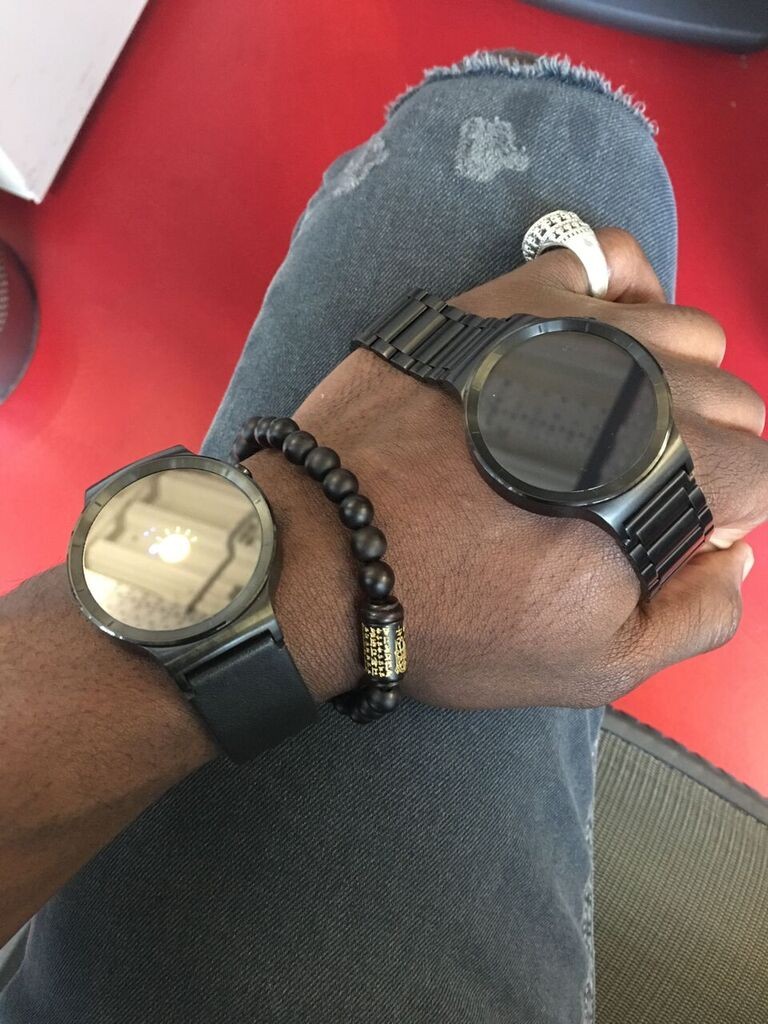 The Huawei watch features a standard circular display at 42mm in diameter and 11.3mm thick. It’s got a button on the right side which is used for going back to your apps or waking up the screen depending on your settings and the wrist strap is designed to be easily detachable. It’s also available in different colours and finishing depending on how much you’re willing to spend.

As it’s only available in one size, people with a small wrist may find it a little cumbersome to wear. Underneath the watch body, there’s a charging pin that connects to its wired charging dock and a HR sensor for Google Fit. Unlike Intel’s Basis peak, the HR light is not visible when in  action, especially when sleeping, although the Huawei watch doesn’t offer sleep monitoring, but if you were to wear it to bed, it doesn’t just flash in your eyes and wake you up. Huawei also have various band options, so if you prefer to have a leather strap or the mesh style strap, you have the option to do so.

The display is very sharp, offers deep contrasts with 10,000:1 high contrast ratio and that’s thanks to the AMOLED display used which offers 400 x 400 of screen resolution punching out 286 of ppi. Reading the display is very easy, you can adjust the brightness also to suit your preference. No matter what the lighting conditions are, it’s very easy to see notifications from any angle. 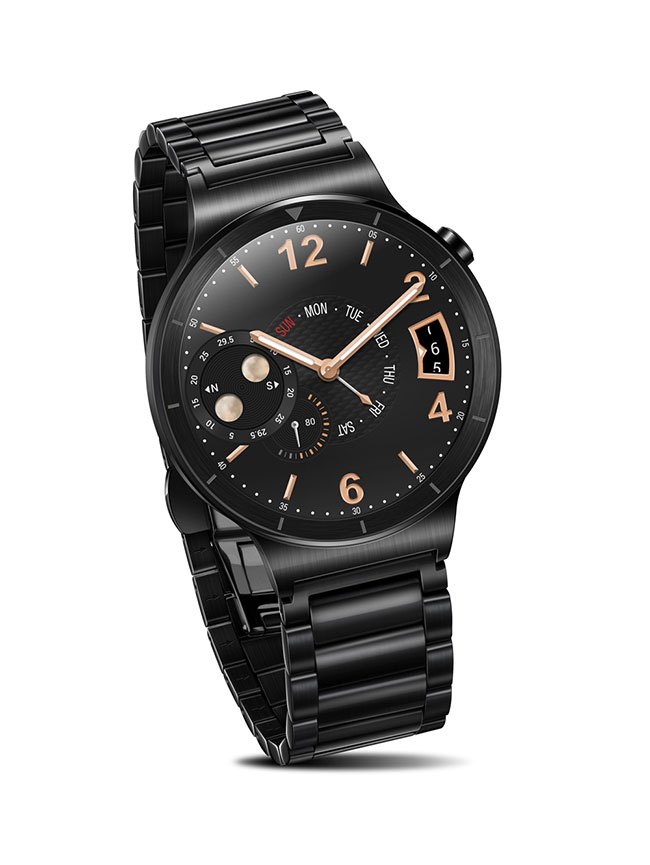 Even with constant smartphone connectivity and WiFi, the battery life is amazing for such specifications.  It packs a 300mAh battery with various sensors such as a 6-Axis motion sensor (Gyroscope + Accelerometer), Heart Rate Sensor (PPG), Barometer, Vibration Motor.  They are all the basic sensors we have become accustomed to on Android smart watches.
In order to use the Huawei watch, you will need a smartphone running Android 4.3+ or iOS 8.2+, although we find that it works a lot better with Android, offering the full functionality in comparison to iOS where you can’t use certain apps and features such as WiFi. To compliment the Android Wear OS, the Huawei watch comes with 512MB RAM and 4GB storage for apps. 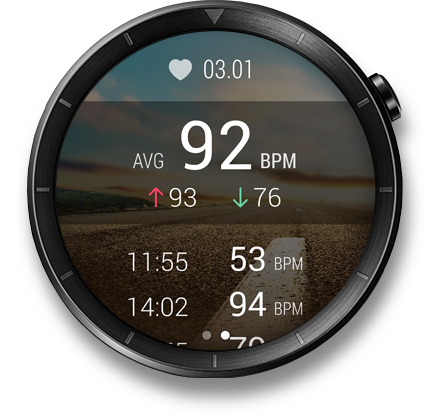 Android Wear have come very far and it’s now even compatible with iOS, although not as fully fledged or as seamless as when connected to an Android device.  There are thorough Android Wear reviews online already and won’t be focusing on that in this review, but our view is that Android Wear is still lacking some health features such as sleep tracking and a round-the-clock HR monitoring.  It seems Google are focusing more on the smart watch functionality, more than they are health and fitness.  Current applications are limited, the UI and UX still needs some work and with a heavy reliability on voice command, it can take away from users who doesn’t feel like talking to their wrist.

Google also recently released an update to Android Wear, bringing support for sounds and audio so you can take calls and have notifications ping on your wrist. The new firmware is now rolling out as an OTA update and includes the following new features and updates:

You can read a great review of Android Wear on Know your mobile.

It’s very simple to use, you swipe to perform actions such as swiping right to dismiss notifications, you also swipe right to reveal the menu and applications, tap to select and you can press and hold to change watch face and so on.  It’s such a simple OS, there’s not much to say about it from Google’s point of view, however from Huawei’s perspective, you can cover the screen to put it into standby mode, you have to manually adjust brightness, you can switch off always on screen to save battery even more and you can activate gesture so that it switches on when you raise your wrist towards you.

Overall, the Huawei Watch is a beauty of a smart watch and in the already saturated market of Android Wear smart watches, there’s no doubt that this one stands out from the crowd.  The design options were carefully thought out and constructed so there’s something for everyone, without compromising on features and functionality.  We believe a great design adds functionality to any product as it means you would use it more, value it more and cherish it more.  Android Wear is still developing and we look forward to what it has to offer going forward to compete with health trackers and the Apple Watch.