Apple has the web buzzing with news about the new iPhone 5S and iPhone 5c, both amazing devices and no matter what any critics have to say, they have their selling point and they also have a point to prove to the tech savvy. Â Apple are quite great at marketing their products and clearly communicating what it is they are selling, but it doesn’t mean some users are out there who still aren’t sure whether they should pick up the S or the C iteration of the iPhone series. Â This article will try and clarify what they are so that you can make an informed decision on what device to buy.

The latest operating system or software from Apple is the new iOS7 which features a refreshing user interface that some may find easier to use with most of the design aimed towards convenience and user friendliness. Â Apple added some of the mostly used settings on the drawer from the bottom of the screen; you can easily access it by swiping up and it gives you access to things like quickly flicking your touch light on, putting your device into airplane mode etc. Â That is available on both the 5s and the 5c so it really does not matter which device you buy, you will have the same experience using iOS7.

The big difference comes into play when we start to look under the bonnet (or cover), both devices differ when it comes to the power behind the operating system they carry. Â The iPhone 5S as you can imagine features a new A7 64bit processor over the iPhone 5c having aÂ 32-bit A6 chip and in simple terms, the iPhone 5S has a faster processor so apps will load faster and some of the features such as the camera app will function without any lag, not that there are any lags on the 5C either.

In order to make the iPhone 5S efficient in handling the day to day activities, Apple also included a separate M7 processor just to simply monitor any motion information such as tracking steps taken and walking distance covered throughout the day, meaning your A7 processor will not feel any pinch.

The iPhone 5S is very similar to its predecessor the iPhone 5, it features the same lightening port, volume rockers are placed in the same location as well other buttons available; the iPhone 5c also features the same connectivity and comes with the same buttons however what sets them apart is the build quality or the materials used when it comes to the real estate. 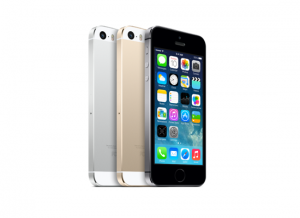 The 5s is housed with aluminium body and is only available in three different colours namely the Gold, Silver and Space Grey; the aluminium is carefully engineered to give it a premium look where as the iPhone 5c is housed in a polycarbonate back cover which also makes it possible for Apple to make it available in variety of colours, it is available inÂ white, pink, blue, yellow and green. Â Don’t be fooled by the polycarbonate finishing because when compared to the other polycarbonate devices out there, it feels a lot more premium and that is because the back housing is reinforced with metal frames. 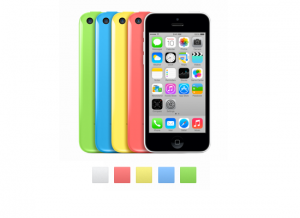 Both devices carries the same Retina display so whether you are reading texts, watching movies or just looking through your gallery, you will not be missing out on either of the devices when it comes to display quality.

The iPhone 5C weighs in at 132 grams vs. iPhone 5s’s 112 grams meaning the iPhone 5s is lighter but in the numeric sense, it looks marginal but when physically using or holding them in hand, you will not really feel the difference, so that surely can’t be a decider.

Looking at the camera quality, both devices are packing aÂ 8MP primary camera which is capable of recording 1080p footage. What sets them apart here is firstly the camera configuration; theÂ 5S has a larger aperture and its CMOS sensor is 15% larger and what that means in simple terms is that the 5s will outperform the 5c in low light situation as each pixels will capture more light than the iPhone 5c can handle.

Secondly the iPhone 5s has a new 120fps capability and burst mode meaning, you can capture slow-mo videos, you can easily make slow motion videos just be dragging the markers on the camera software; now some may not find it useful but once you start using it, it can become quite addictive and that is what the 5s has over the 5c in the camera department. Â Not to forget also, the 5S has a new flash setup, you get two flash lights, theÂ amber and a white flash; it allows the camera to capture better colours so taking pictures of the nature around you will not look washed out, over saturated or too green for example.

The iPhone 5s comes with extra icing on the cake; with build in finger print scanner, Apple included a new feature called Touch ID meaning you can scan up to 5 finger prints to help unlock your device and access or install applications from the app store. Â At the beginning of this article, we mentioned that a lot of the features are more in the convenience side of the scale and Touch ID should not be seen as a secure way to keep your device safe, but as a convenience feature.

Touch ID means you do not have to enter your passcode every time you need to use your device or every time you want to download a new application. Â You can simple place your finger on the home button and get into your device.

The iPhone 5s from Apple price starts from Â£549 for the 16GB version while the iPhone 5C starts from Â Â£469 for the 16GB version, that is just under Â£100 for the lowest memory option available, it begins to go up higher as you look at the bigger memory sizes. Â If you work out how much you pay for the device then your contract with unlimited data, it might be worth checking out Carphone Warehouse, they appear to have the cheapest contract deals. You might have to payÂ upfront cost for a bigger memory size.

So still confused about what the differences are? leave us a comment below and we can clarify it for you.