Samsung’s latest flagship phone has been revealed, but was it worth the wait? And is it worth your upgrade?

If it isn’t broke, Samsung isn’t going to fix it. The Korean mobile giants hit the nail on the head when they first introduced curved screens and super-slim bezels and having led the trend with these innovations, they’re sticking to the winning formula with the S9 and S9+.

Oh, and it looks sublime in Lilac.

The promotional material surrounding the Galaxy S9 release teased with the intriguing statement: “The camera reimagined”. In reality it seems less of a reimagining and more of a retooling of the S9’s camera, delivering a mechanical aperture that can switch between f1.5 and f2.4, the stated benefit is that in lowlight, the S9 will benefit from having the widest aperture on any flagship smartphone and in daylight it will automatically stop down to f2.4 to limit the light getting into the camera. It appears to be the exact same 12MP camera module that we’ve already seen revealed in Samsung’s impending limited release W2018 flip phone. 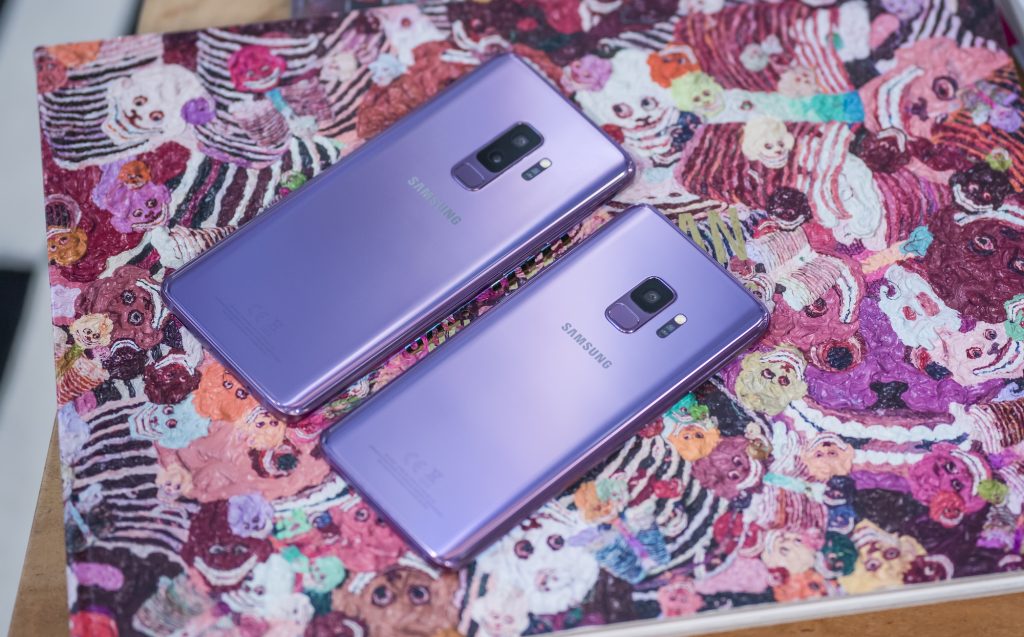 On the subject of video, using a dedicated DRAM chip in the phone’s camera module the S9 can now capture super-slow mo video at 960fps @ 720p, with intelligent motion detection technology to help you capture the decisive dramatic moment every time. However, considering the Xperia XZ1 could do this last year, it’s less impressive than Samsung are making out. Although, with that said, the slow-motion features have been implemented very well in the S9, making slow mo intuitive to capture and easy to share. For selfies, the Galaxy S9 retains the front-facing 8MP f1.7 camera module from the S8 and S8+. 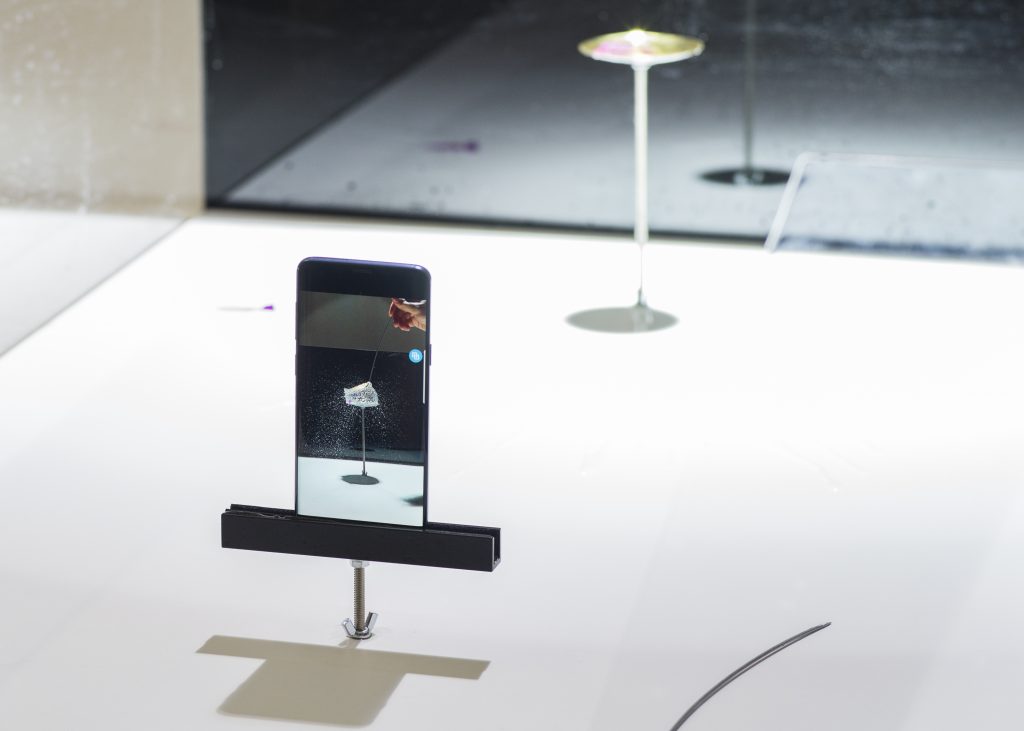 Not to be left behind, Samsung now supports 3D-face mapping to create personalised emoji, either from a captured photo or from a picture stored in your gallery. But instead of making poo emoji speak, you can be the emoji yourself, which is pretty neat. Analysing an image of your face the S9 will map over 100 facial features to imitate your expressions, such as winks and frowns in realtime. Once captured, the S9 saves the files in standard AGIF file format so that your personalised emojis can be shared in a wider variety of third party messaging platforms, such as Facebook messenger and assumably Whatsapp.

Bixby, Samsung’s intelligent assistant platform is further enhanced. Integrated with the S9 camera and benefitting from the phone’s improved processing power, Bixby uses augmented reality functions and machine learning tech to provide useful contextual information wherever you point the phone’s camera. For example, the S9 can tell you how many calories are in your meals, show you highlights in your current location and provide live translation of text and signs when you’re on your travels abroad (or in Wales). 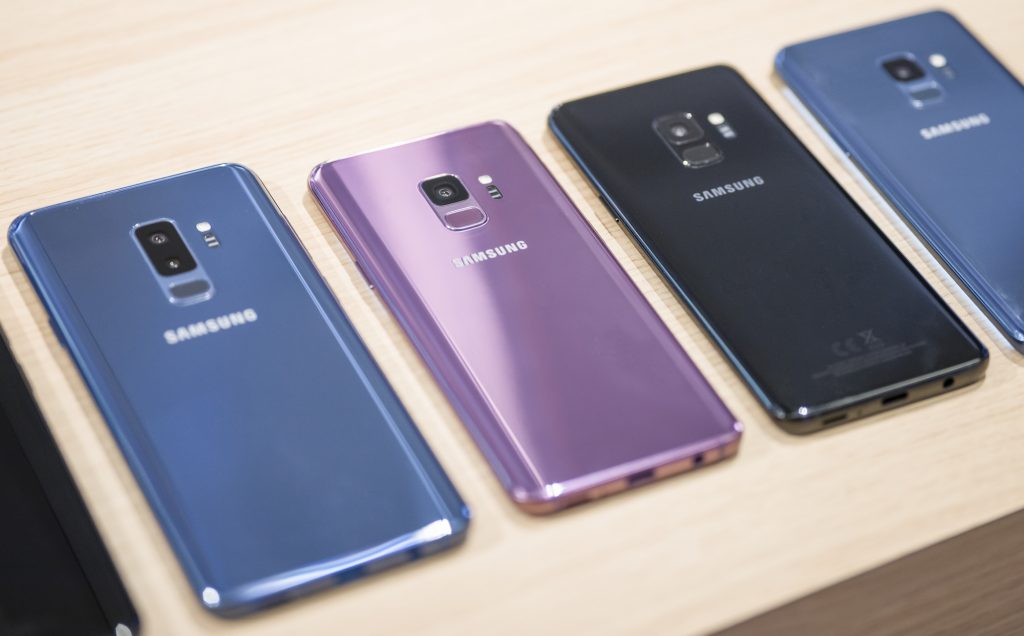 Refined is the best word to describe the design of the Galaxy S9 and S9+. Both devices are almost indistinguishable from their predecessors when in Midnight Black. However it positively pops in Coral Blue and even more so in on-trend colour of 2018 Lilac Purple. Both phones have a water and dust resistance of IP68, fast QC 2.0 wireless charging and retain their respective battery capacities of 3,000mAh and 3,500mAh.

The S9 and S9+ feature stereo speakers tuned by AKG and support Dolby Atmos for 360-degree sound output when enjoying content. Samsung has stuck to its guns by keeping the 3.5mm headphone jack.

If you’ve been paying attention to Samsung, the company has been working on driving all of its devices into the connected future. As part of that IoT focused strategy, the Galaxy S9 and S9+ come with Samsung’s new SmartThings app, baked into its version of Android 8.0 (Oreo). SmartThings functions as a central hub for controlling all the connected devices in your home, workplace or hotel, even if they’re not Samsung-made products. 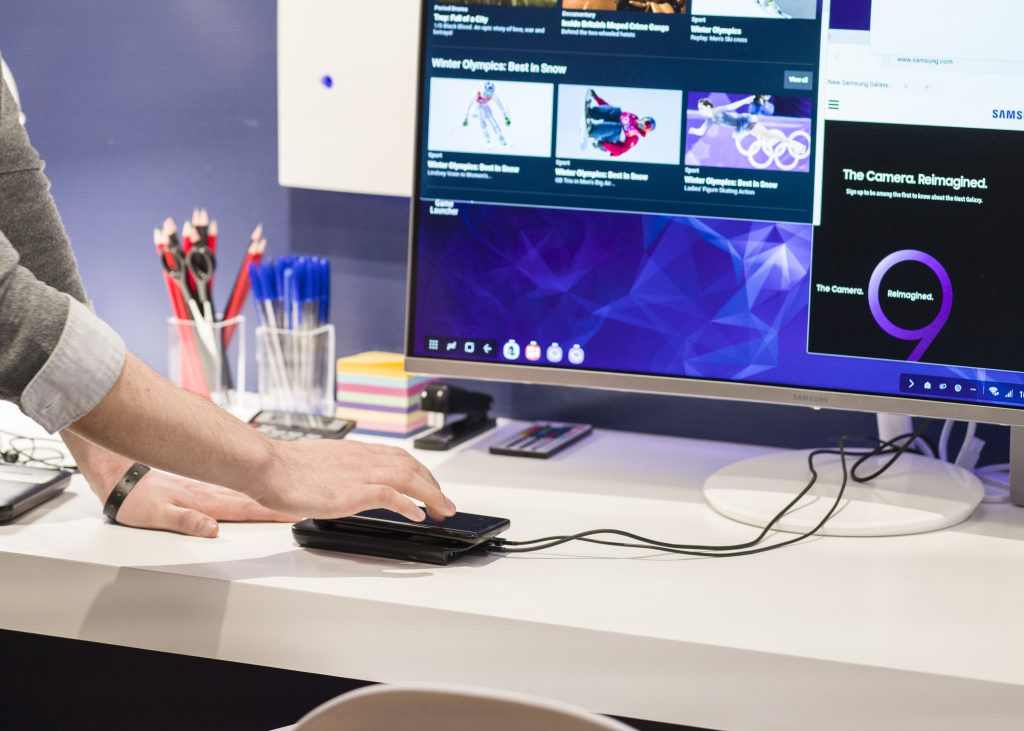 Along with the S9 and S9+ release, Samsung also introduced an updated and redesigned implementation of its DeX enterprise and desktop computing solution. The new DeX docking station turns the S9 or S9+ into a touch pad and allows users to get a desktop computing experience when paired with a keyboard and mouse for full document editing, multi-tasking, browsing and full-screen gaming.

Both Samsung flagship devices also support microSD expansion up to 400GB. On board memory differs between the two devices, with the Galaxy S9 topping out at 64GB storage and 4GB RAM and the Galaxy S9+ going up to 128GB and 6GB RAM.

Plus, any customer who opts for a Red Extra or Red Entertainment plan can also choose to include a Chat, Social, Music or Video Vodafone Pass – where customers can enjoy a selection of their favourite apps without running down their monthly data allowance for a small monthly fee. Furthermore, customers can take advantage of the Combo Pass which includes all four Passes for just £15 a month!

What’s more, thanks to Vodafone Global Roaming all Vodafone customers can now take their home plan abroad – meaning they can use their UK data, minutes and texts in 50 roam-free destinations at no extra cost!