This review is sponsored by Three UK. Three has the UKâ€™s biggest 3G network which covers more than 97% of the UK population.

HTC ChaCha as endorsed by Mark Zuckerberg is designed with social networking giants Facebook in mind with it’s one touch Facebook button that allows you to post to your wall and post photos very quickly on the move. 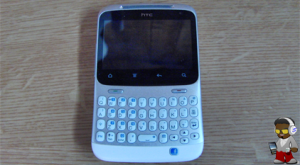 In the box
The box for the HTC ChaCha includes the USB charger, Manuals, Battery and of course HTC ChaCha itself 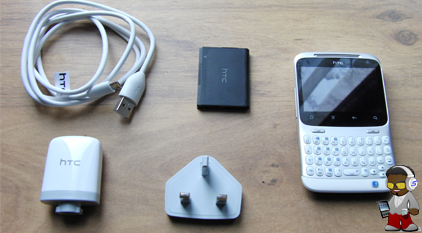 It’s well assembled without feeling fragile. The screen’s small at 2.6 inches but don’t let that put you off as it’s also a touch screen because the function and QWERTY keyboard makes up for it. The casing is made with blue, white and silver colour scheme which is very 21st century; it gives it a bright modern feel. It also bends in the centre of the phone allowing the HTC ChaCha to sit in the hand very well whilst typing away. The bend in the middle is a smart idea compared to Blackberries for example, there’s less wear and tear on the screen because when face down on the screen, there’s no contact with the surface preventing scratches. The material is also great for the hygiene freaks who suffers from regular wiping OCD, I have this issue with my iPhone and I have to keep wiping it down. The facebook button sits in the perfect position showing it’s dedication to Facebook and it’s out of the way from the main function of the device which is Phoning, messaging etc. The white back finishing however might suffer from dirt from frequent use. The QWERTY keyboard has a very crunchy feeling to it which is great for typing those long messages; it is well spaced for people with both small and big fingers. Each key is curved to give it the best precision typing you can experience. The only time you will need the FN key will be when you’re typing numbers and special characters which is perfect as you don’t want to find yourself pressing two keys all the time to write long messages. 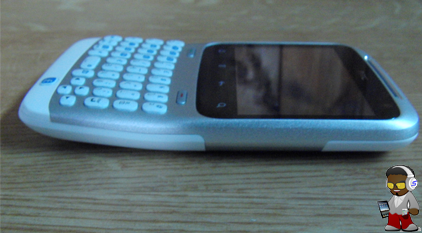 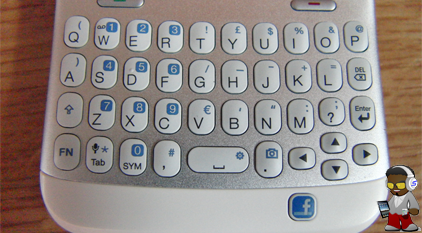 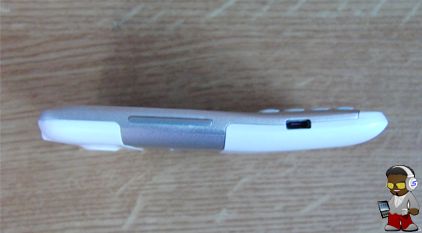 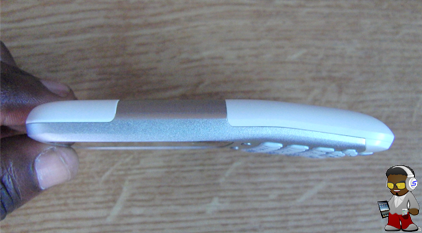 HTC ChaCha is loaded with Android 2.3.3 Gingerbread with HTC Sense UI. Unlike other Android Gingerbread devices like HTC Desire HD, the All Apps/Frequent/Downloaded filter has been shifted from the bottom to the side, Friend Stream and the Gallery app to name a few and that’s more likely to cater for the small screen that the ChaCha has. You get the HTC regulars like

The Facebook button/feature of the phone is a great feature and has been implemented very well, but maybe it came too late because I don’t think people spend so much time on Facebook as they did before with the release of twitter and Google +. The Facebook feature however works well but you have to bare in mind that it will use up data the more you use it; but not to worry, Three UK offer HTC ChaCha on their One Plan with all you can eat data for Â£29 per month at the time of this review or if you go for the less data allowance package you can get your account capped so that you will never go over your allowance. 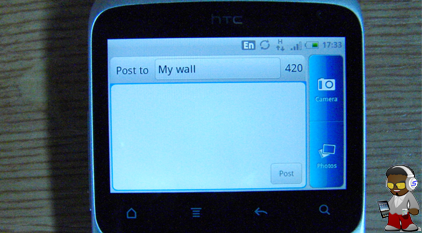 There’s no pull down quick settings functionality in the notifications tab, just the standard Android notifications. You can only access your apps drawer from one out of the possible 7 homescreens. So if you are on screen five for example, you would need to return to screen one to do so or access it through the menu button. The big + button on the unused screen also makes it a lot easier for first time users to know what to do unlike before when they had to read manuals or be told to press and hold in order to change screen layouts and contents. 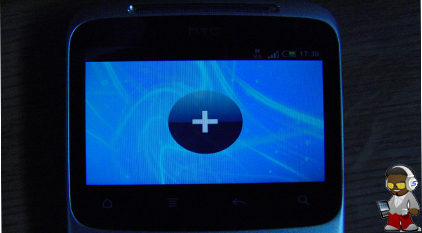 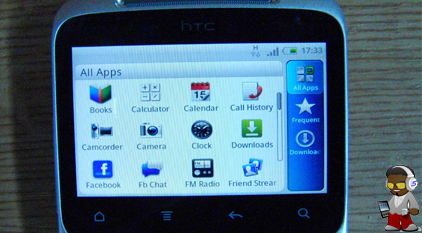 The 5MP camera delivers good images in good lighting, dark and also with flash on with good levels of detail, color and contrast. Video capture isn’t the best, with resolution at 780 x 480 and low frame-rates and wouldn’t get excited about playing it on larger display afterwards, however for the target market and price you pay, I don’t think you’d care.

The Battery will last you up to 450 minutes of talk time and that’s GSM or up to 430 hours standby with the 1,250 mAh battery. you should be able to get through a day and a half of use like we did but baring in mind that we were constantly using Facebook ,Twitter, Tumblr and WordPress however you may experience different battery lifespan depending on your lifestyle and usage. 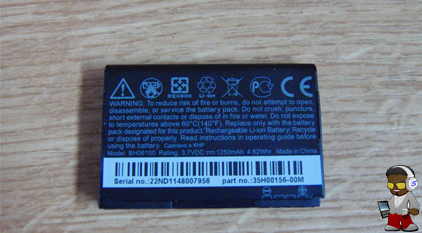 You can buy HTC ChaCha in the UK from Three