If you’re looking for a new Bluetooth speaker that is not only portable and durable but also cool with party lights to completely set the scene, then you’re in for a treat. 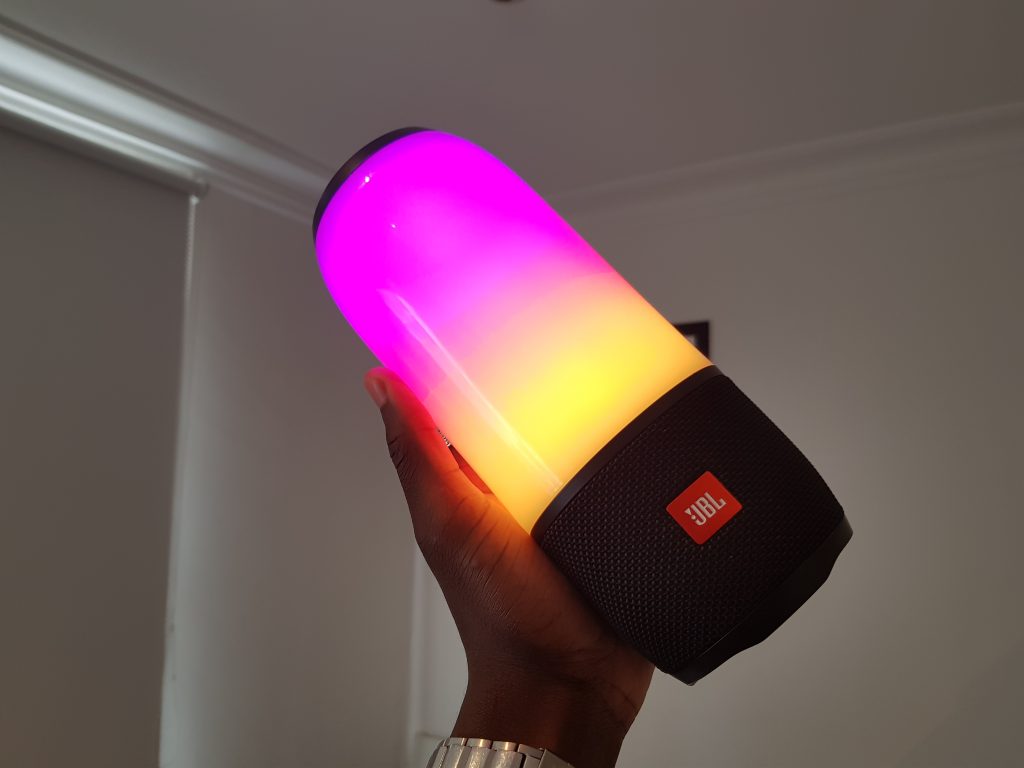 The JBL Pulse 3 was first announced earlier this year at CES in Las Vegas before making its appearance again in Paris at a separate launch event. Having used it for the last two months or so, it’s quickly become my favourite audio gadget to take on my travels.

Without power on, you will notice its tubular design with a top area, more than half of the unit covered in a hard plastic shell so that when you power it on, you are greeted with a 360 degree light experience. The remaining bottom section is cover in a mesh material with buttons placed together for an easy operation. 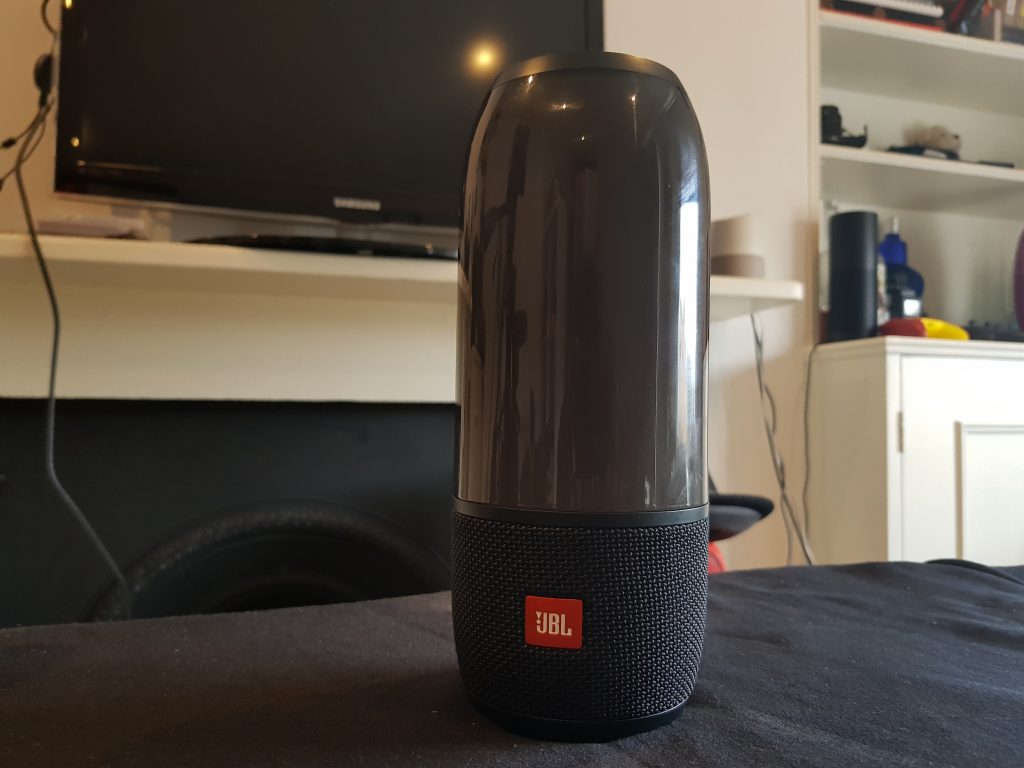 Buttons you will see include a power, Bluetooth, JBL connect, light control, volume up/down and play buttons; at the center of the buttons – which are clicky – there’s are two ports, one for recharging it and the other for plugging in a 3.5mm auxiliary cable for those without Bluetooth connectivity. 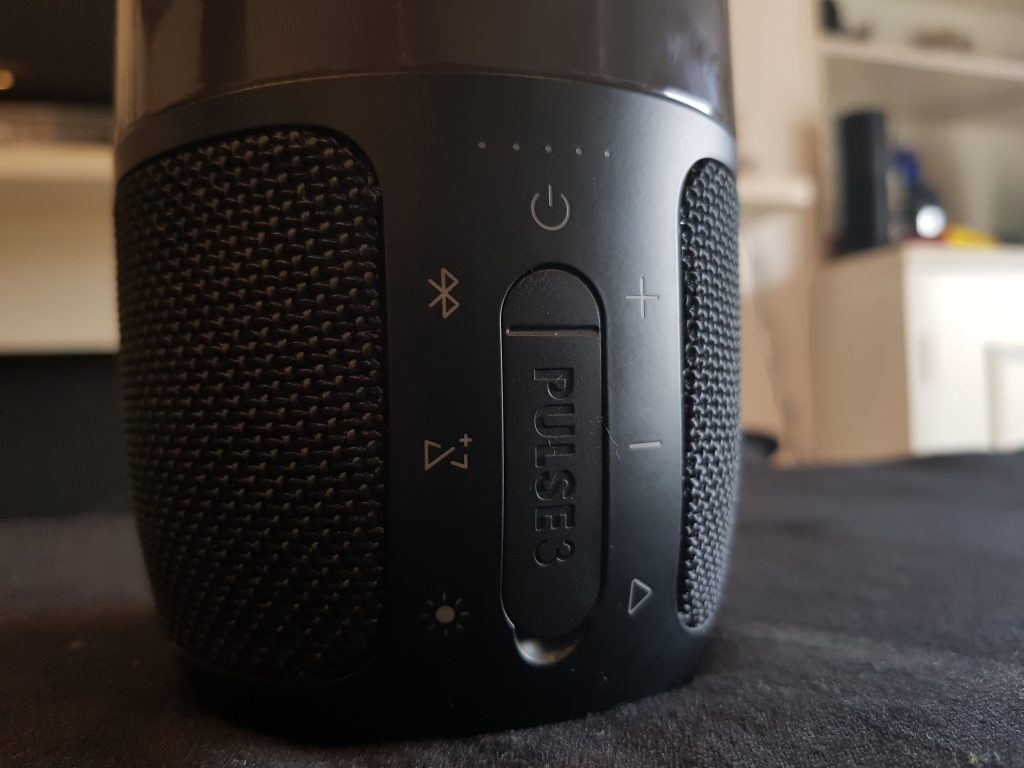 Elsewhere, you have 12 hours of playback time, you can connect up to 100 JBL connect compatible speakers to play music simultaneously from a single source and speaking of sources, you can connect two devices at the same and take turns. It’s also IPX7 waterproof rated, meaning you can dip it in water up to 3 feet deep for 30 minutes. 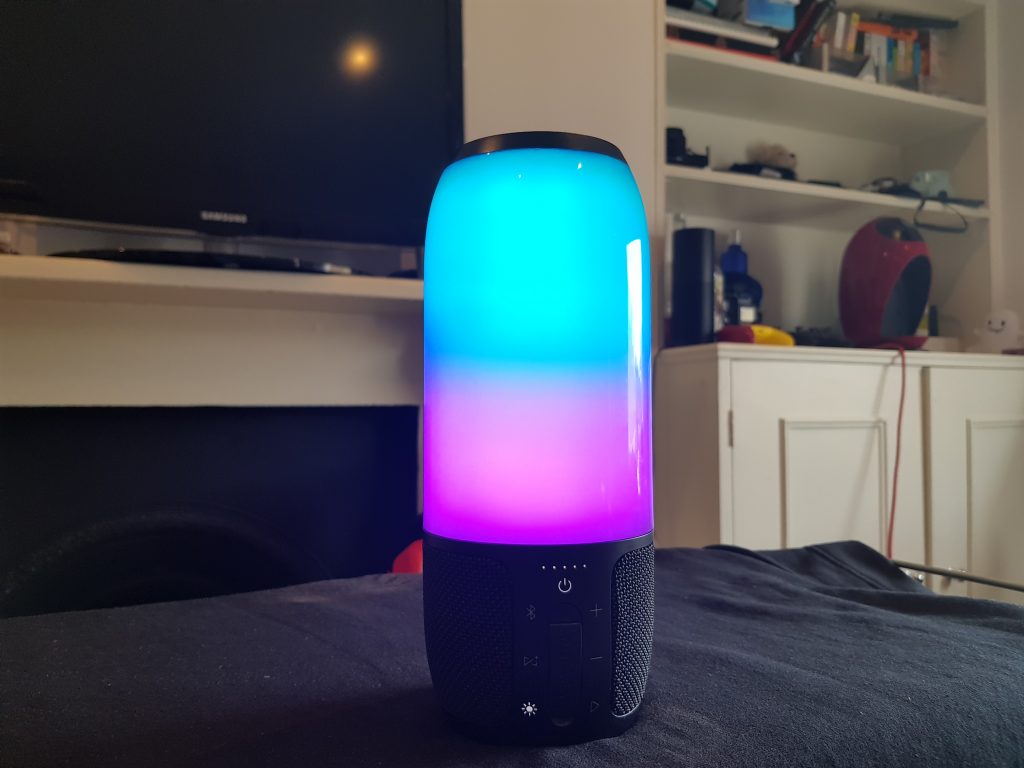 The Pulse 3 is truly versatile, you can use it for making and receiving phone calls with its noise and echo canceling speakerphone. To change light sequences, you just need to download the JBL Connect App and since most people would probably consider the likes of the Echo dot and Google home, Harman has made the Pulse 3 compatible with Siri or Google Now from the speaker with a simple button press. 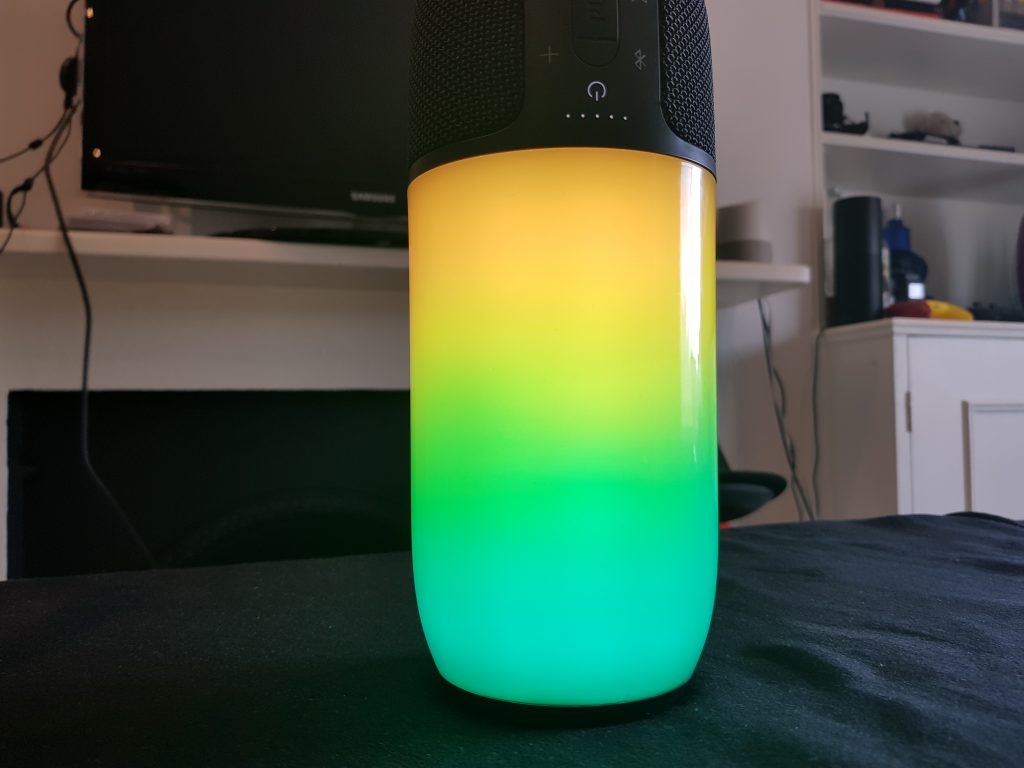 Overall, the Pulse 3 is very impressive; it offers a lot in a single package for less than the price of some other Bluetooth speakers out there which doesn’t even more than my MacBook Pro can already deliver.