Celebrating 100 years of its organisation, Panasonic used its CES 2018 keynote event to restate some of its commitments to four key pillars – Immersive entertainment, Connected World, Sustainable Energy and Integrated Supply Chain. But instead of rabbiting on about all of that, we’ve focused (see what I did there) on the announcement of a new flagship camera model, The Panasonic Lumix GH5S.

There was a distinct lack of truly new stuff from Panasonic at the show, instead the company chose to relaunch some of its most famed products, new and old. Panasonic has delivered on its promise to relaunch newly imagined and freshly engineered reference level versions of the SP-10 and SL-1000 Technics Direct Drive turntables. The SP-10R was previously teased as a prototype at IFA 2017. 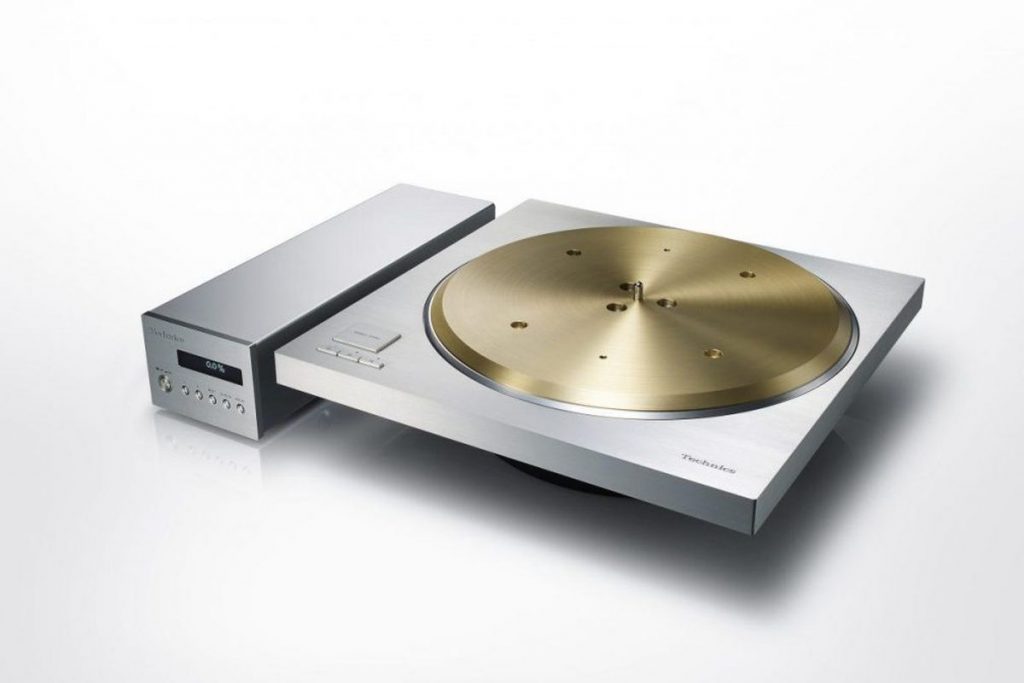 “The great appeal of direct drive technology is its ability to eliminate degradation in sound quality caused by rotation fluctuation and minute vibrations between the motor and transmission mechanism. The SP-10R and the SL-1000R are part of a long and successful line of reference case turntable technologies. Technics released the SP-10 as the World’s first Direct Drive Turntable in 1970 and its superb performance and reliability quickly made the SP series both the go-to turntable for broadcast stations and the holy grail of audiophiles worldwide,” Panasonic said its statement.

As well as that nostalgia-inducing product announcement, there was an update to the award-winning Panasonic Lumix GH5, which has been revamped following feedback from professional film and documentary makers. Aside from Acquiring an “S” on the end of its name, the new Panasonic Lumix GH5S has a newly developed 10.2-megapixel High Sensitivity MOS sensor for enhanced performance in low light, allowing for up to ISO 51,200 video recording.

Panasonic has come up with a jargon-tastic name for its top-of-the-range Lumix model as well, now referring to the Lumix GH5S as a “hybrid Digital Single Lens Mirrorless Camera” (hDSLM), not quite as catchy as DSLR but we see where they’re going with the attempt. 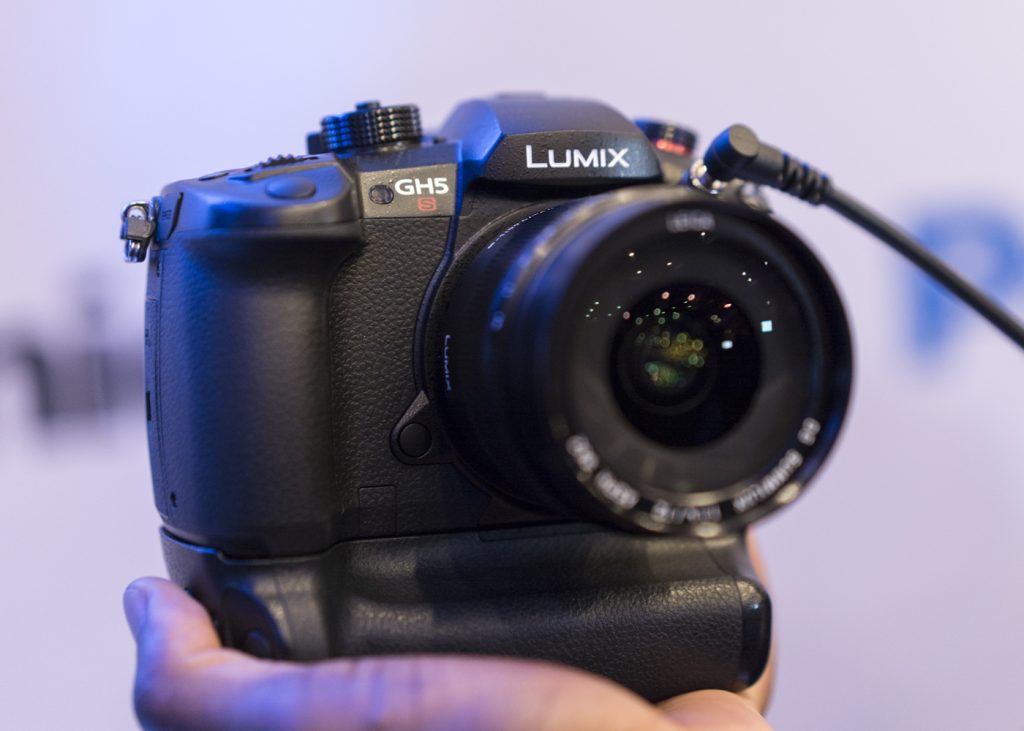 Building on the success of the previous model, the new 10.2-megapixel Digital MOS Sensor with Dual Native ISO Technology and Venus Engine 10 in the GH5S should be able to reproduce even darkest parts of the image, allowing high ISO capture when the use of supplemental lighting may not be possible. This sensor is a multi-aspect type with a sufficient margin for realising the same angle of view in 4:3,17:9,16:9 and 3:2 aspect ratios. The sensor also enables photo shooting in 14-bit RAW format, providing higher flexibility for professional RAW stills development workflows.

When shooting in dark environments, videographers can now focus on filming that perfect shot as they no longer need to worry about noise which often results from having to use higher ISOs. The Dual Native ISO Technology is designed to suppress noise to produce cleaner footage when taken in all light. Both videographers and photographers are set to benefit from the GH5S’ True “Multi-Aspect Ratio” Function. This feature means creators can easily swap between difference aspect ratios for improved lens accuracy, and making the process easier while producing and editing in post-production. The Lumix GH5S is compatible with Time Code IN and OUT, like the professional camcorders, which is easy to set using the flash sync terminal and bundled conversion cable for a standard BNC terminal. This is especially important for “lip synchronisation” when using multiple cameras.

The Lumix GH5S can be used as Time Code generator for other GH5S cameras and professional camcorders. The Time Code IN/OUT functionality makes a production team’s job easier as it provides synchronisation for both video and audio devices used on multi-cam productions.

The Lumix GH5 remains the only mirrorless camera at launch that is capable of 4K UHD 60p video and was the world’s first 4K/60p video recording in Cinema 4K (4096×2160), capable of internal 4:2:2 10-bit video recording up to Cinema 4K/30p and internal 4:2:0 8-bit Cinema 4K/60p. The GH5 and GH5S use a colour subsampling commonly used for film production, for even more faithful colour reproduction when recording to SD card.

The Lumix GH5S also records 4:2:2 10-bit 400-Mbps All-Intra in 4K 30p/25p/24p and 200- Mbps All-Intra in Full-HD. Continuing the Lumix GH tradition, there is no time limit for both Full-HD and 4K video recording. The Lumix GH5S complies with 4K HDR video with Hybrid Log Gamma (HLG) mode in Photo Style. A low-bit-rate recording mode, 4K HEVC for HLG, is available. This enables playback on AV equipment compatible with the HLG Display format, such as Panasonic 4K HDR TVs.

As a camera that is designed to excel at shooting in low light, the Lumix GH5S boasts -5EV luminance detection performance with Low Light AF thanks to the higher sensitivity and optimised tuning of its sensor. Live Boost is another practical feature that makes it possible to check the composition even in total darkness, by boosting the sensitivity just for Live View. The magnification ratio in MF assist is increased from conventional 10x to 20x, which is convenient especially for astronomical photography. An AF Point Scope function, first introduced in the Lumix G9 and Night mode are also integrated into this newer model.

In order to make the GH5S tough enough to withstand even heavy field use, it is composed of a magnesium alloy full die-cast front, rear and top frame that is not only splashproof and dustproof, ut also freezeproof down to -10 degrees Celsius. The GH5S is equipped with a double SD Memory Card slot, compatible with the high-speed, high-capacity UHS-II and Video Speed Class 90. Users can flexibly choose the recording method from Relay Recording, Backup Recording or Allocation Recording. The HDMI Type A terminal is provided, along with the USB Type-C interface.

The Panasonic Lumix GH5s will be available from end of February 2 and will retail for £2199 (body only).