Motorola will partner with Google to manufacture the Nexus 6. Several leaks have already confirmed the two companies will join forces, after Google sold off Motorola to Lenovo for $2.1 billion, ending their odd three year ownership.

In a recent AnTuTu benchmark, we got our first real look at the Nexus 6 specifications. It is still not confirmed if Motorola’s internal name, Shamu, will be the Nexus 6, although the specs certain point to a high-end stock Android device. 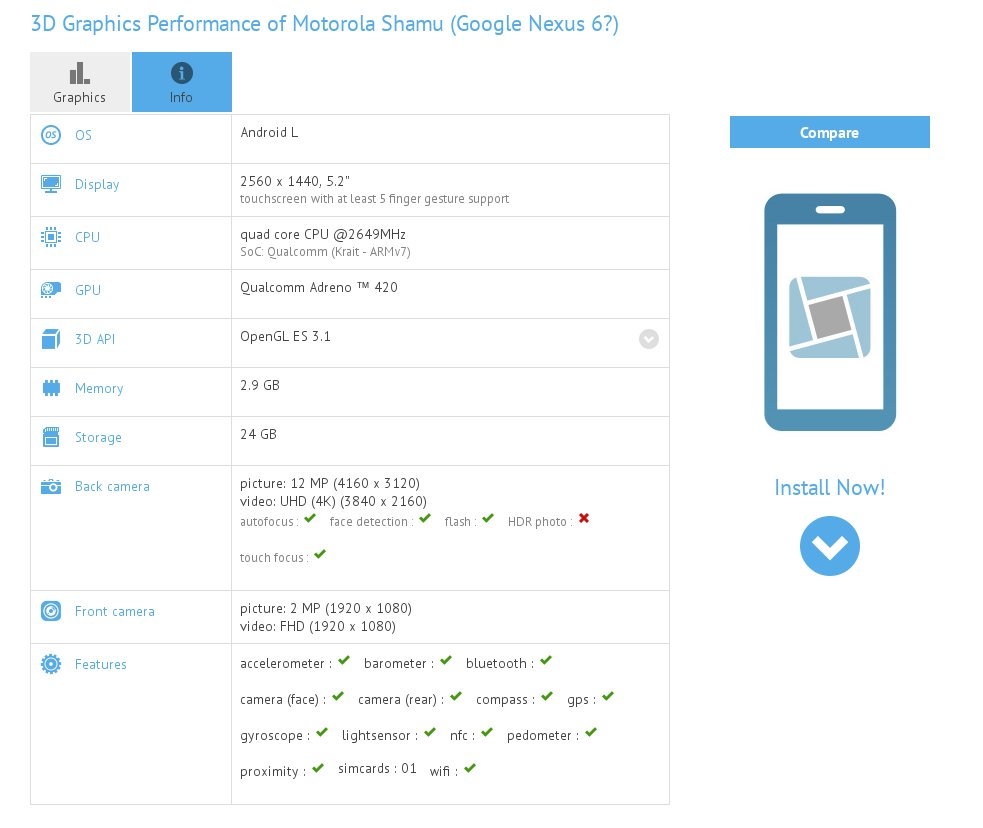 The biggest point of the benchmark is the phone is running Android L, the newest update to the mobile OS. Currently, Google is pushing this out to developers on the Nexus 5, but the Nexus 6 should be the flagship device to show off all the benefits.

The camera will be a 12MP shooter, no word on if this will support optical image stabilisation. On the AnTuTu benchmark, it says HDR mode will not be available, we expect this to be changed when Motorola get around to an official version.

Google will most likely announce the Nexus 6 whenever Android L is ready to launch. Google still hasn’t set a firm date, it might come around the same time as the iPhone 6, to be competitive with iOS8 and Apple’s flagship smartphone.