Vodafone continues to release their own branded devices with the latest Smart Ultra 7 Android-powered smartphone. 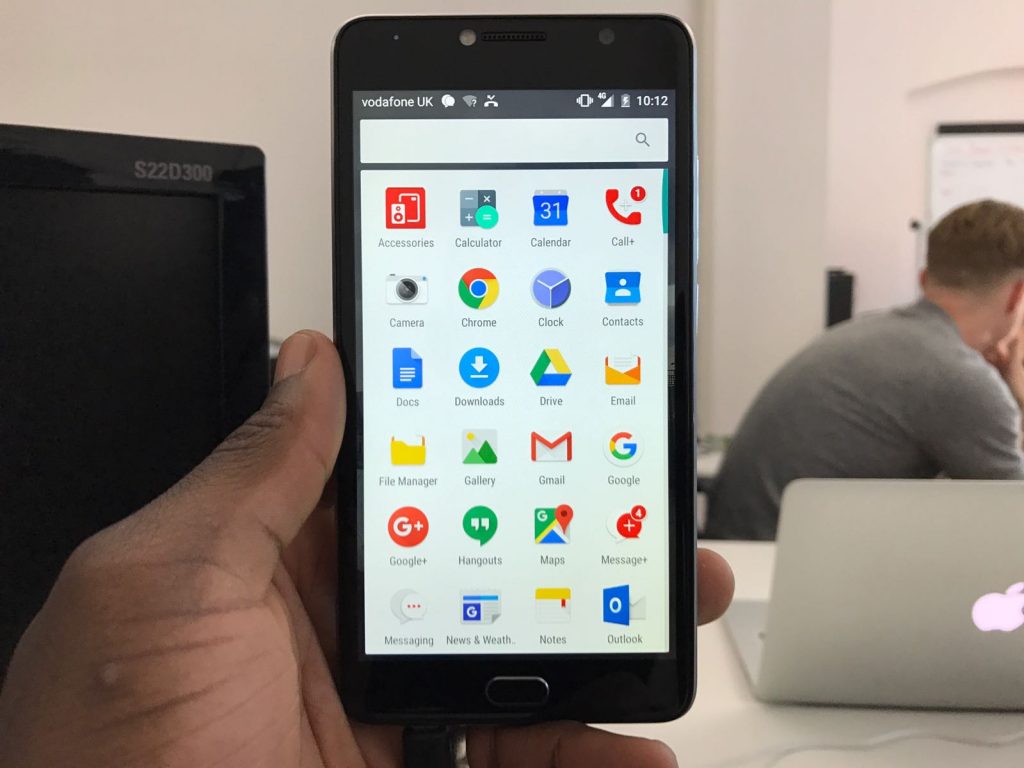 It falls under the budget handset category whilst offering some great features that still means it can compete with some of the most expensive smartphones out today.

The Smart Ultra 7 features a 5.5-inch 1080p display, MediaTek MT6755M CPU coupled with a 2GB RAM so it works as smooth as possible. 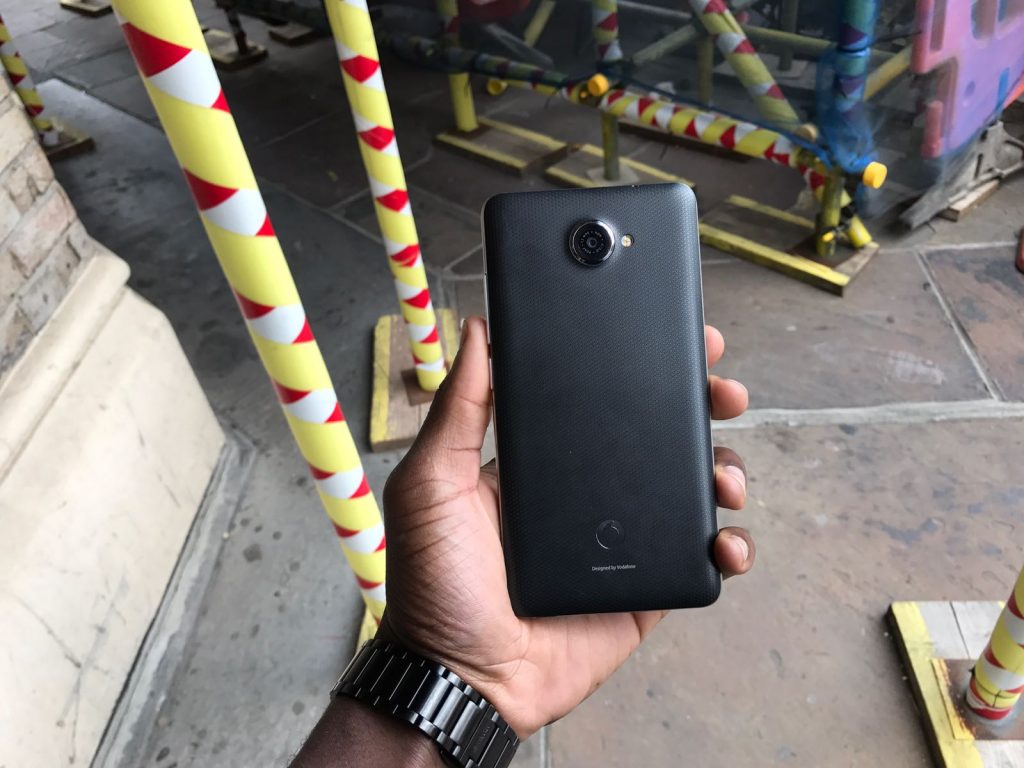 Elsewhere there’s a 16GB internal storage which you can also expand using a microSD card.  Where battery power is concerned, Vodafone is offering a 2,960mAh battery, which should last a day considering it doesn’t have a load of features.

For those photography enthusiasts, there’s a 13MP primary shooter and a 5MP front-facing camera for your selfies.

Out of the box, the Smart Ultra 7 is loaded with Android 6.0.1, however, it’s also preloaded with a bunch of Vodafone applications which can’t be removed – that can be annoying for some.

For a mid-ranger, you can’t expect it to have the same premium look and feel of the Samsung Galaxy S7 edge or the iPhone 6s, but it still feels smart in hand. 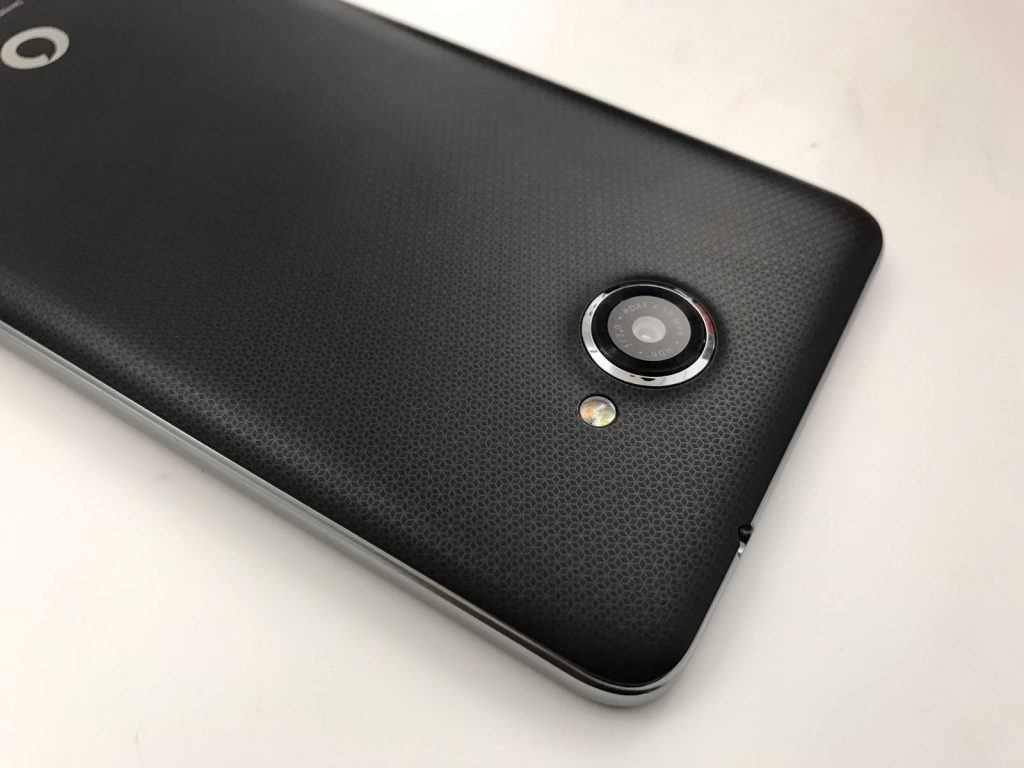 The Ultra 7 weighs just 150g with battery and measures 152 x 78 x 9mm. To put that into real terms, if you place an iPhone 6S Plus on top of it, it almost feels similar in size, so many will find it hard to use one handed.

On the front of the device, you have a single home button with two capacitive touch buttons on either side. One on the right for opening up applications running in the background and one on the left for returning to a previous screen. 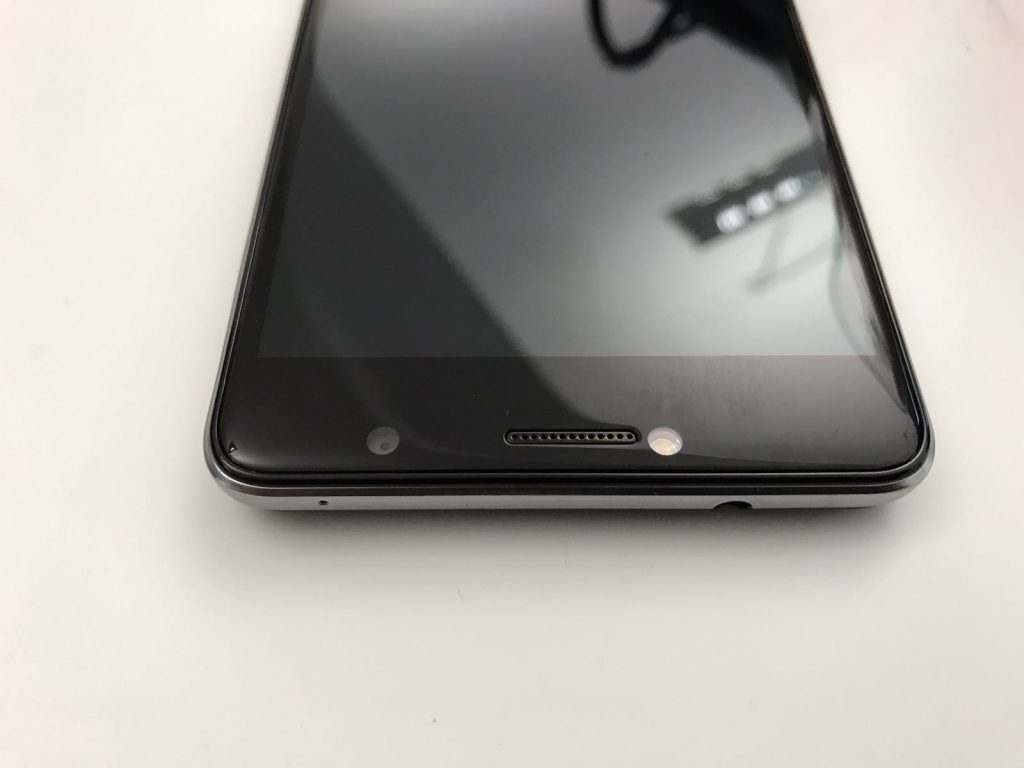 As they are built-in to the device, you can’t modify which side does what, so if you have muscle memory for  Samsung phones with buttons placed in opposite places, then it may take some getting used to. 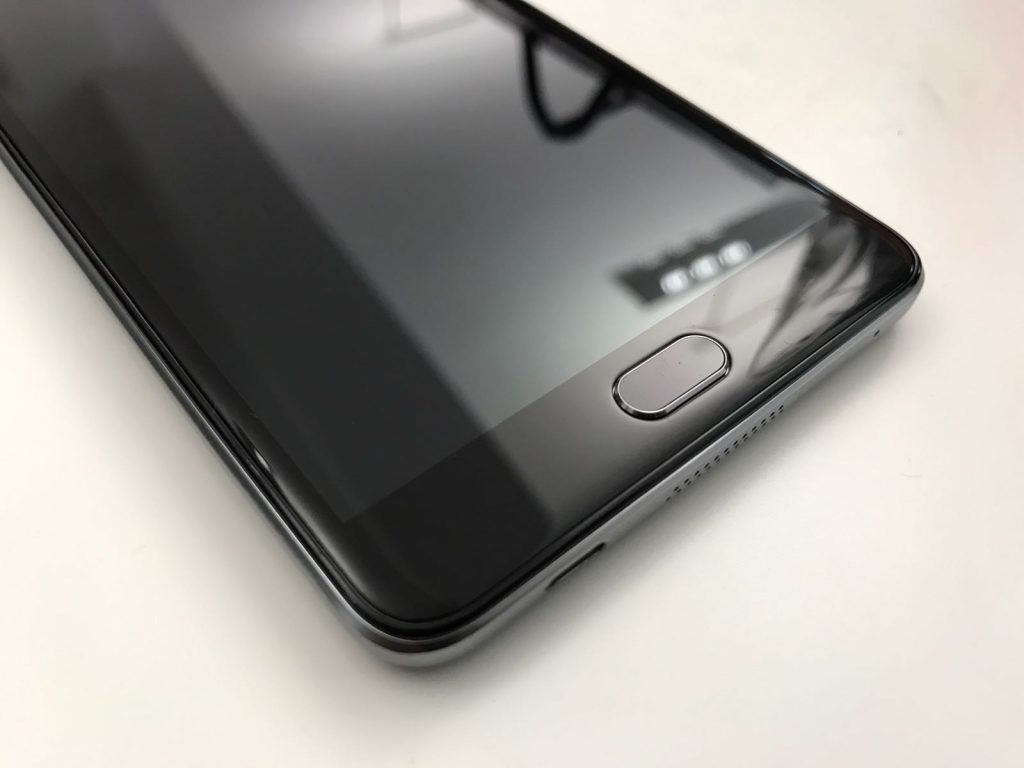 Up top, there’s a notification light, speaker grill for calls, a camera and a flash for taking selfies in low light situations.  The Smart Ultra 7 doesn’t have many buttons and the only other place you’ll find a couple is on the right side of the smartphone. You get a power button and volume rockers, both finished with a groovy touch, which comes in handy when trying to find them in your pocket or when it’s dark. 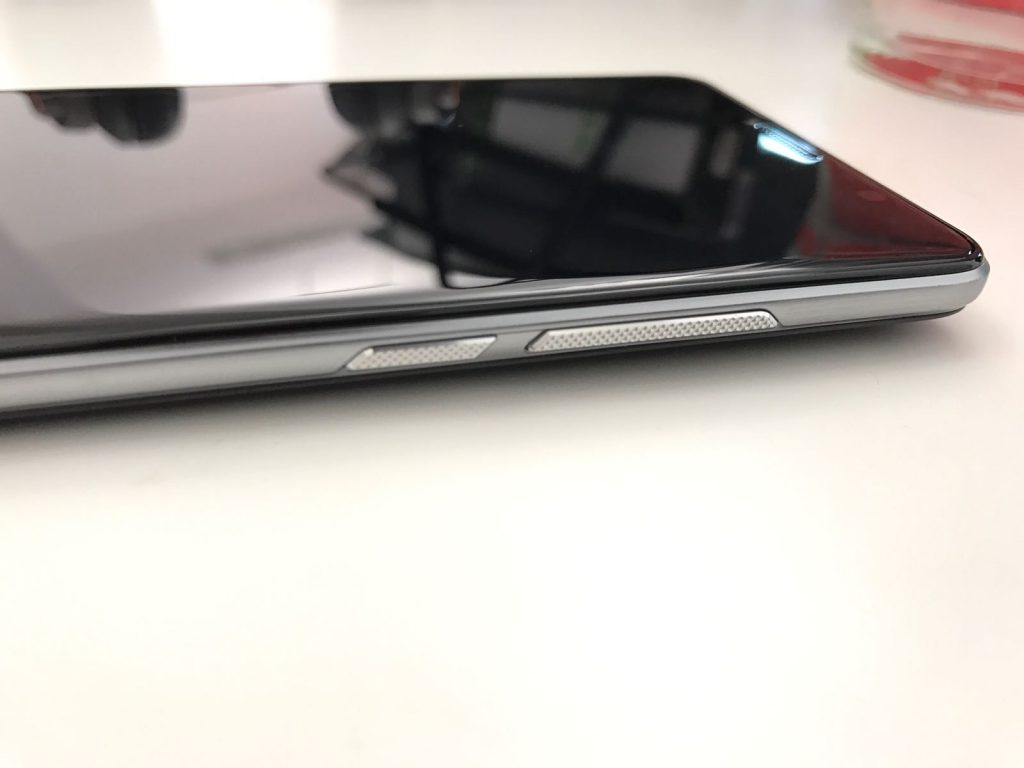 On the back is a removable dimpled plastic cover with Vodafone’s logo on the bottom and a camera up top with led flash next to it. The camera is a 13 MP sensor with f/2.0 aperture.

Moving to the bottom of the device, there’s a microUSB port for charging and data transfer, and a down firing speaker grill placed right in the middle. Before I forget, there’s a 3.5 mm headphone port up top. 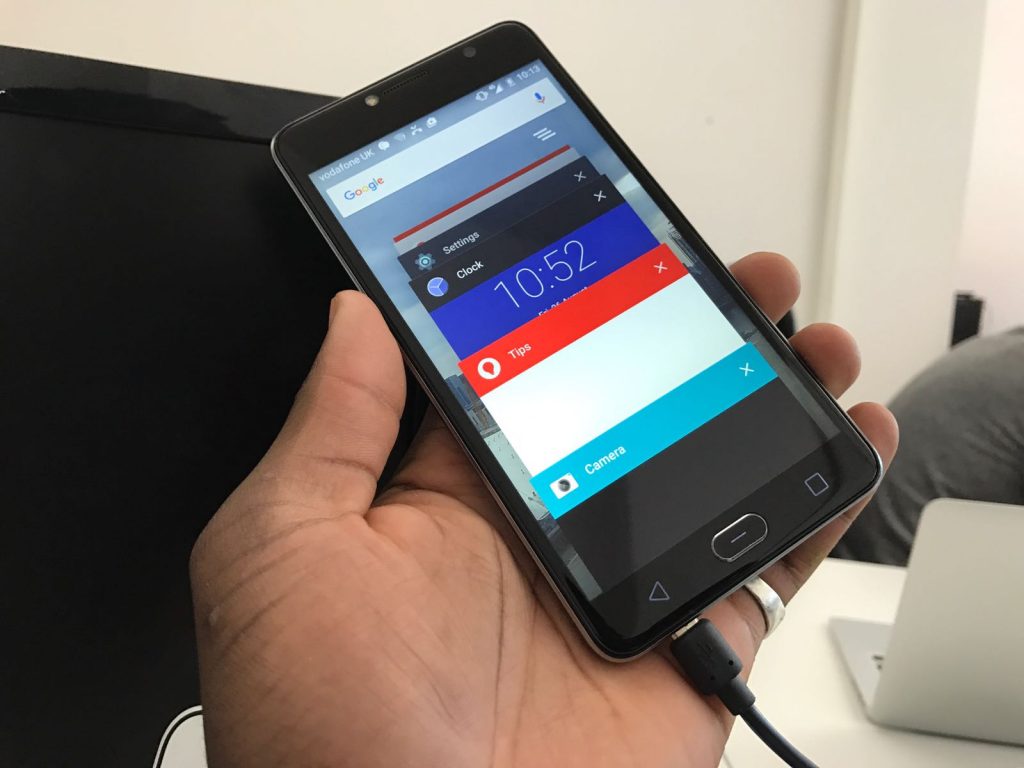 Although the back cover is removable, the battery isn’t, at least not for the users anyway, but it reveals the sim card  and memory expansion slots. Why Vodafone decided to have it that way I’m not sure about as the phone is thick enough to simply have it under a flap or a tray you open with an ejector tool.

Overall, it’s not the best-looking smartphone out there, but it offers a functional design that makes it just a little extra user-friendly. The grooved buttons make it easy to find which button is which without looking at it, the dimpled back cover feels nice in-hand, and even with no dual speaker, placing the only one it has in the middle makes it a little better.

How about the display?

The Smart Ultra 7’s display is not the best out there, but again for the price point, you can’t expect it to be on the same level as something that costs more.

Loaded with a 5.5-inch 1080p screen, and a display density of 401ppi, you can read, watch movies and even play games comfortably well with no issues, however, where the problem arises is when trying to view it from different angles.

How well did the Vodafone Smart Ultra 7 Perform?

Although the processor clusters in the Smart Ultra 7 is only a 1.0GHz + 1.8GHz combination, making it an octa-core processor still makes it absolutely adequate to run applications smoothly. 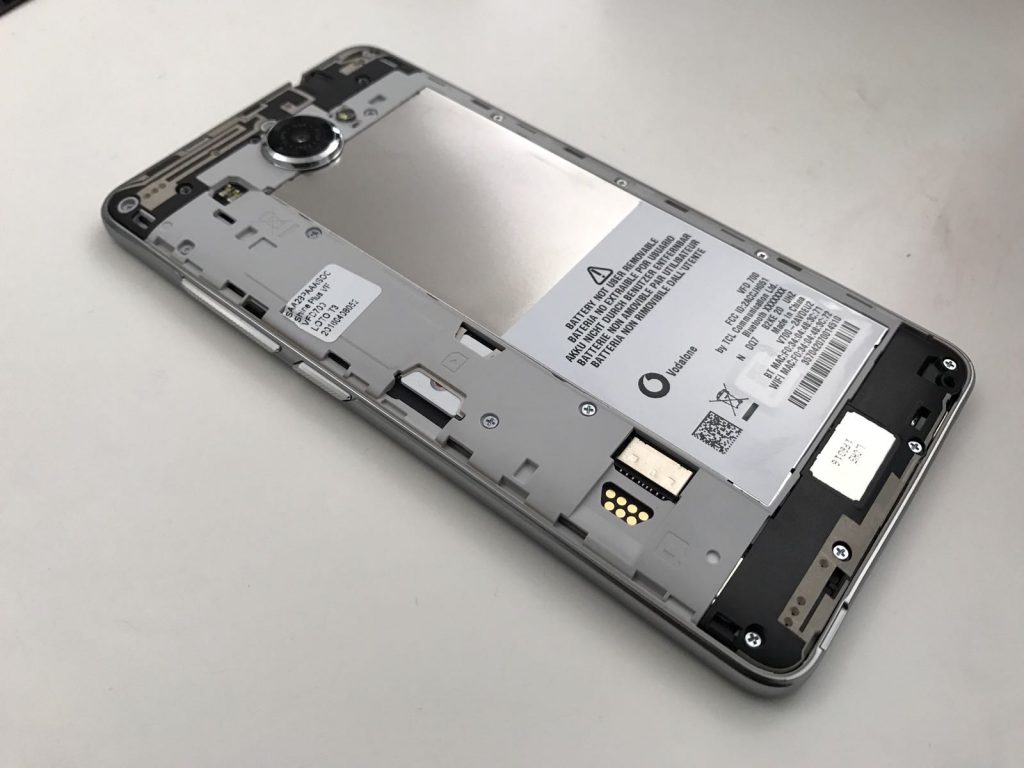 The processor is a MediaTek MT6755M CPU, designed for budget smartphones with efficiency and performance in mind. Coupled with 2GB of RAM, multitasking is no problem for the Ultra, you may notice some slow performance here and there, but it’s nothing to be concerned about for that price point.

Under its removable back cover is a 2,960mAh battery that can’t be removed by the user, meaning Vodafone could if any battery issues arise.  The battery lasts a day easily since it doesn’t have a tonne of features especially those that just run in the background. 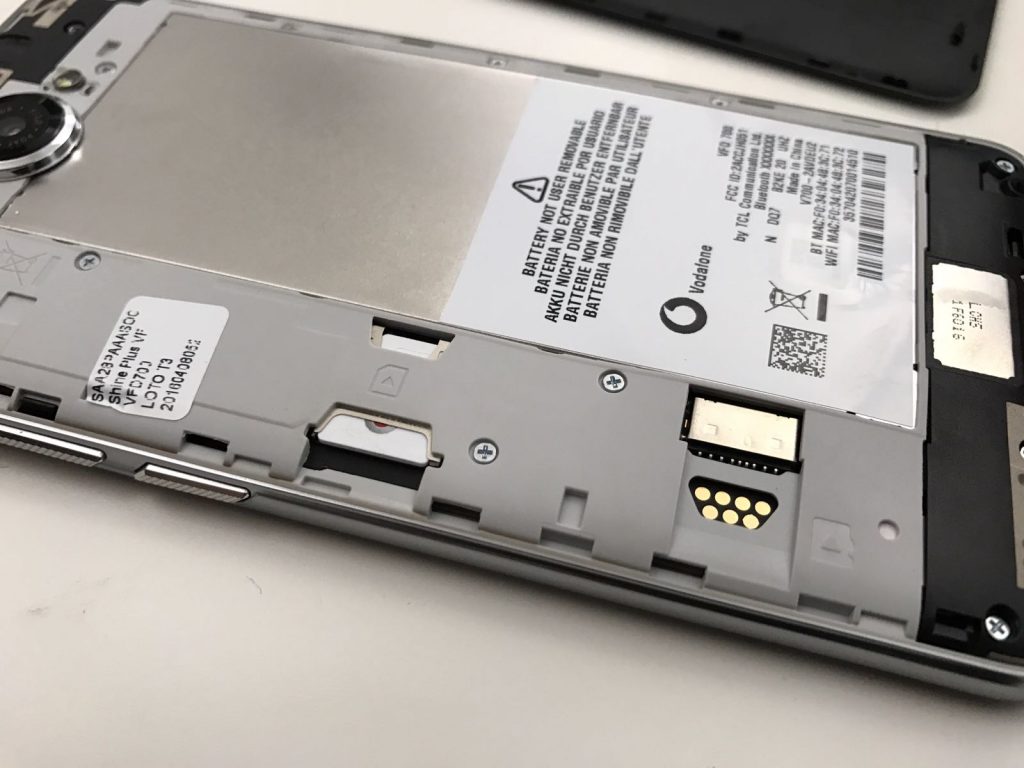 Overall, if you’re after a cheap Android smartphone with a big screen, decent processor performance (speed and energy efficiency), good battery life, then the Smart Ultra 7 definitely earns its place amongst the likes of the Moto G or any other mid-ranger for that matter.

With a13-megapixel rear camera shooter with flash (LED flash), the Ultra 7 offers a decent camera for the price point. Whether you’re out there taking photos with a good amount of lighting or at night with little or no lighting, you will be snapping up pictures that can be shared across your social feed or just for keeps.  For the everyday use and for someone who’s just going to put pictures online, you have no complaints really. 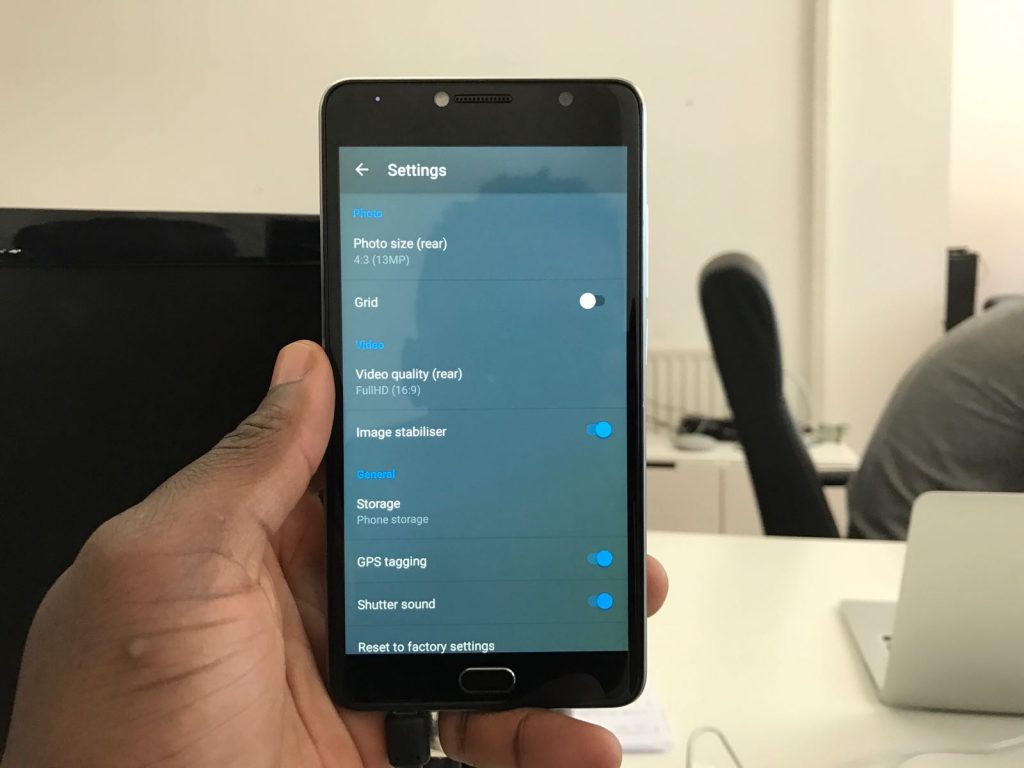 What I like about its 5-megapixel front-facing camera is that it also features a LED flash too, so when taking selfies, you’ll have no problem with low light situations; some high-end smartphones don’t even have this feature and use the screen’s brightness to compensate for this. 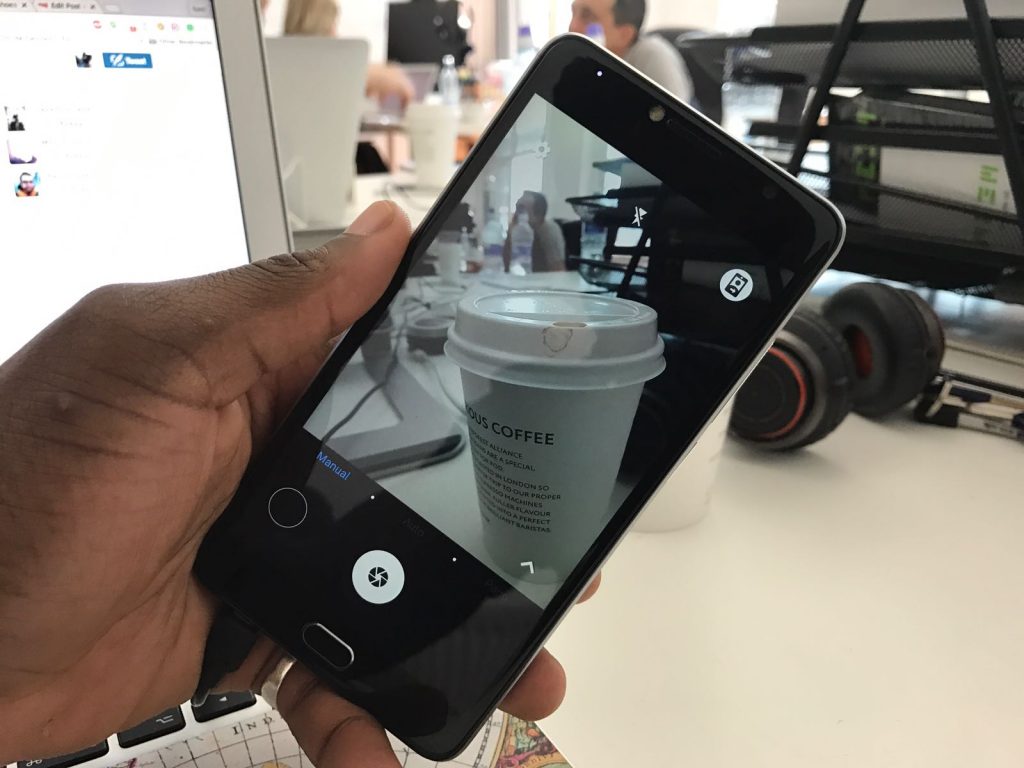 When it comes to recording videos, you can shoot a 1080p Full HD video (16:9) and that is the industry standard nowadays.  You can drop videos to a lower quality if you’re running out of storage space and shoot at HD or VGA. This is also the same for the front facing camera.  Elsewhere you can do the usual panoramic photos, and also shoot in HDR mode.

Check out some of the photos taking with the Ultra 7: It struggles with dynamic range and highlights are mostly blown out, however, for the casual shooter, you still get great colours. 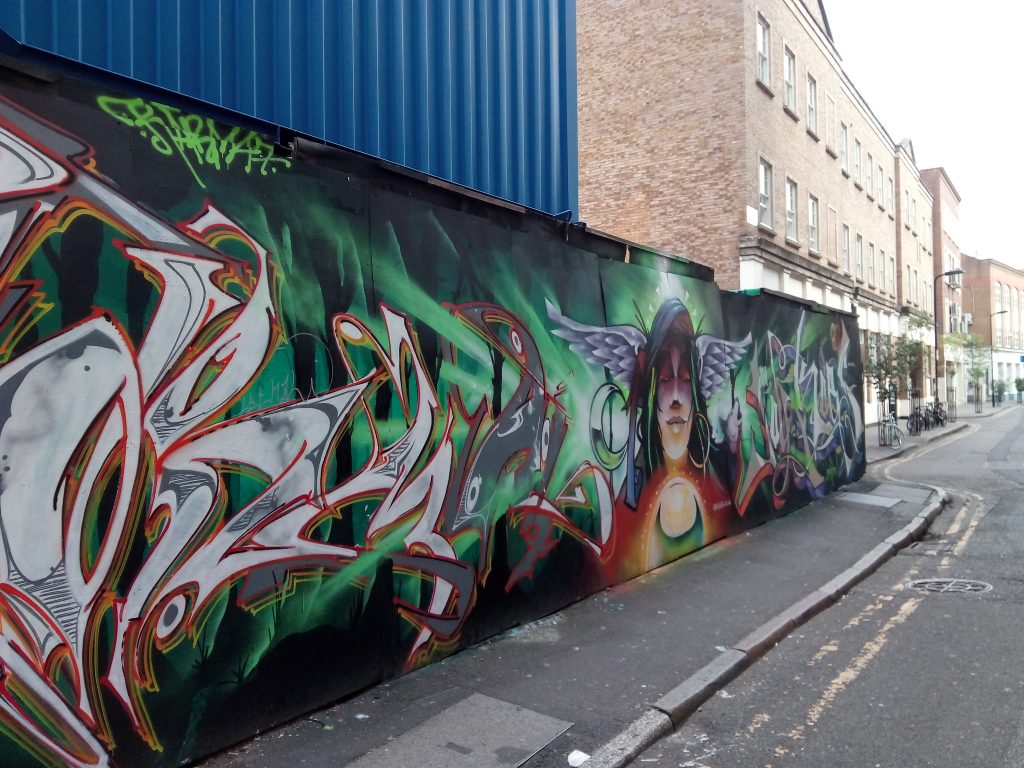 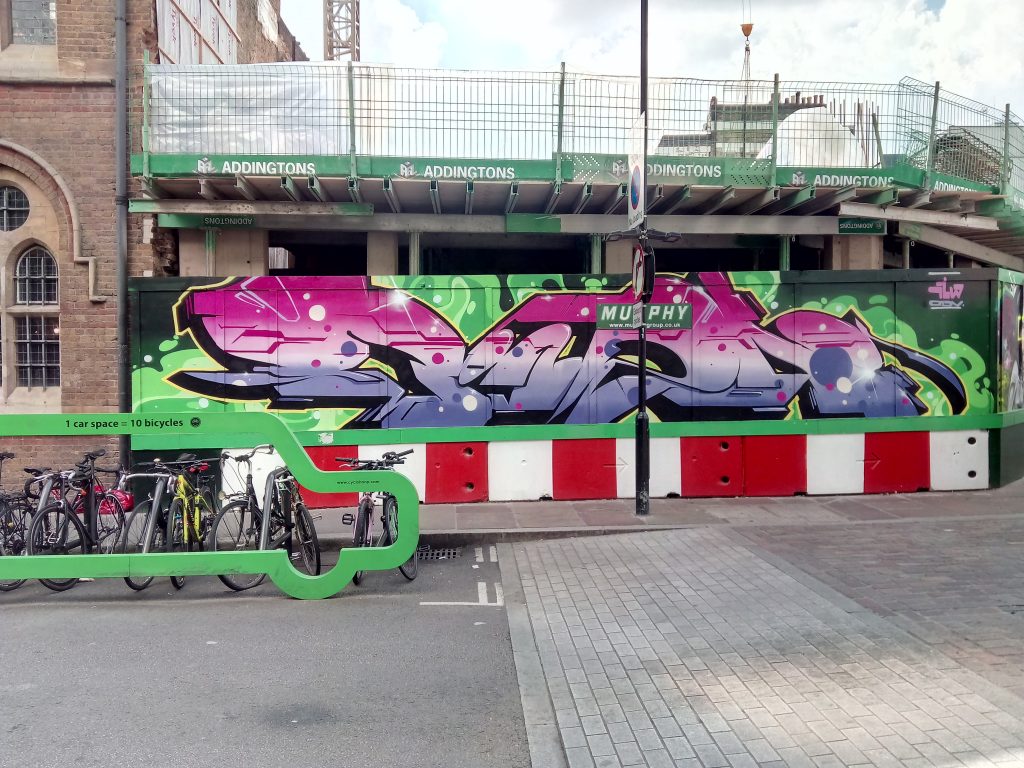 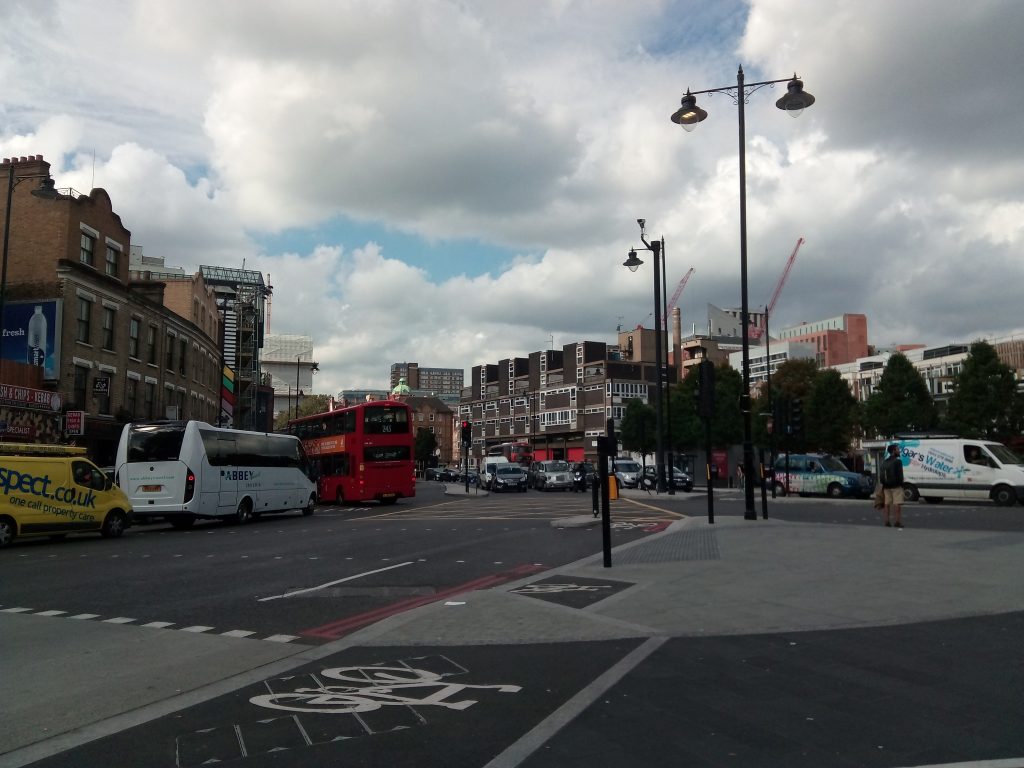 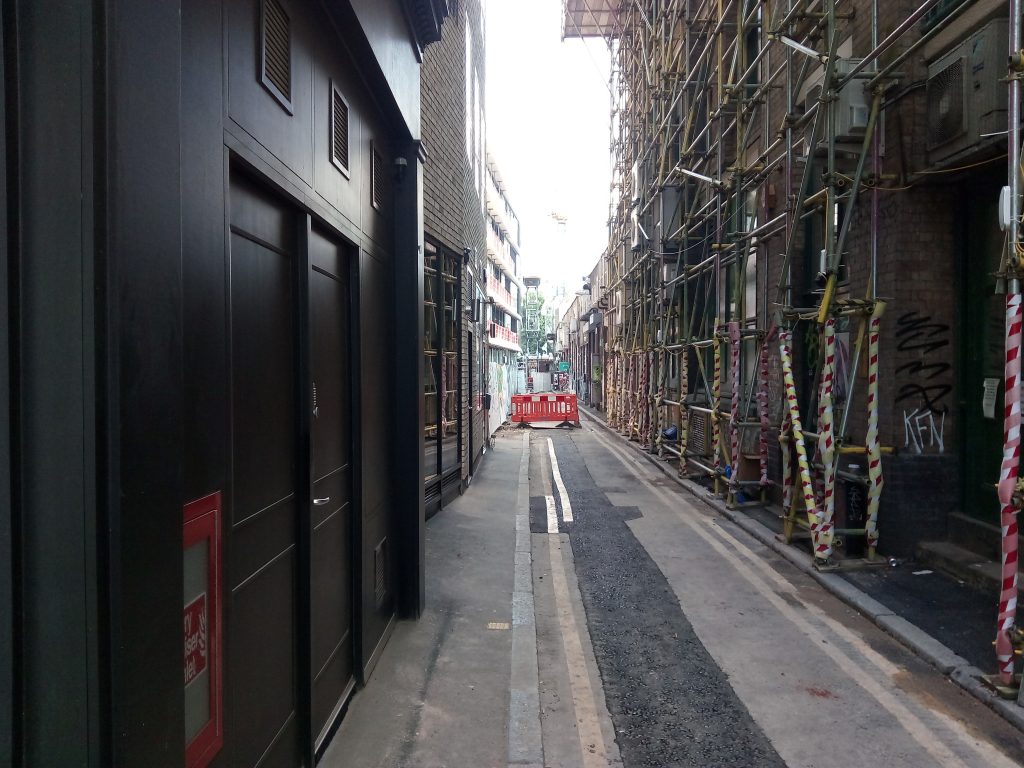 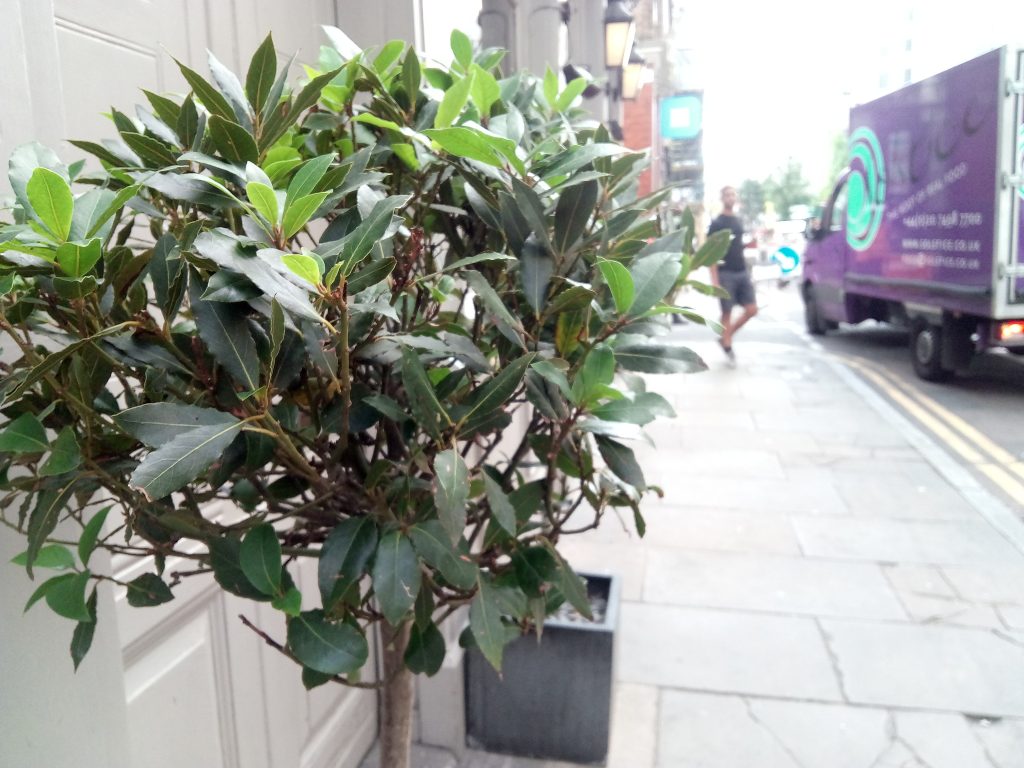 Should you buy it?

If you’re in the market for a smartphone that works well, big screen, looks smart and offer a decent performance, the Ultra 7 is definitely one to consider.  For the price point, you really can’t knock it, and besides the Vodafone apps loaded with it, it works smoothly; transitioning between apps is fluid, gaming is not bad and even without a display like that of the iPhone 5c, you can still comfortably watch videos with no issues.  After using it for a while, it also occurred to me that it would make the perfect second/backup or temporary device too.

The device was sent to us for review from Vodafone UK. All opinion remain GadgetsBoy’s.  Check out Vodafone UK for all smartphone pricing and information.