Three’s 4G speeds will increase by up to 50% nationwide as part of an ongoing rollout of additional spectrum on our network. The extra spectrum will help to increase the performance, speed and capacity of our 4G network.

The additional 5MHz of the 1800MHz spectrum, which is used to carry 4G on our network, has already been switched on at all of our sites in Northern England, the West Midlands, Scotland and Northern Ireland. The rest of the UK, including London, will receive access to higher speeds following completion of the rollout.

This programme is part of a drive to further improve reliability on the data network, which carried 42% of UK mobile data traffic in the year-ending March 2015.  Average data usage per customer reached 4.65GB per month in June 2015.

The deployment will also help to further improve reliability by adding some much needed capacity in congested areas.

Three processes a huge amount of data on its network for customers every day and that’s why it has been rated us as the UK’s most reliable for each of the past five quarters, according to YouGov research. 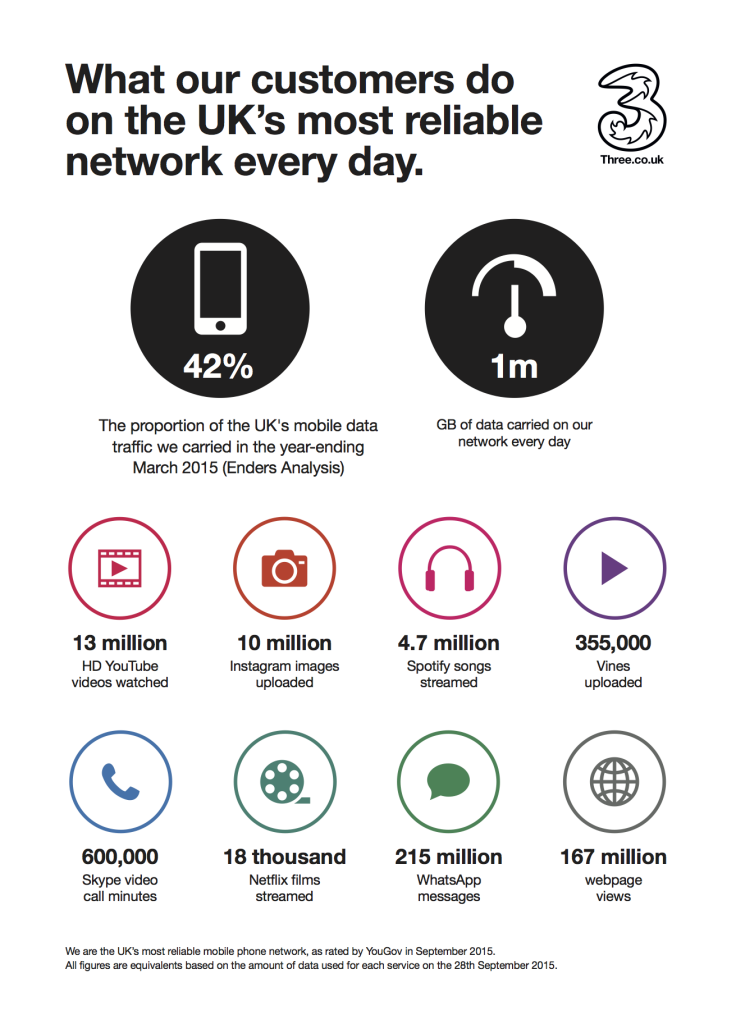 The enhancement follows the launch of 4G Super-Voice last month, when Three became the first UK operator to use our 4G network for voice calls. Combined with our low frequency 800MHz spectrum, this means that people are able to make calls, send texts and get online in more places than ever before.

Bryn Jones, chief technology officer at Three, said: “Many of our 4G customers will already be enjoying a faster, more reliable experience at no extra cost. Our network processes a huge amount of data and we will continue to work hard on providing them with a service that delivers the reliability and speed that they need.”