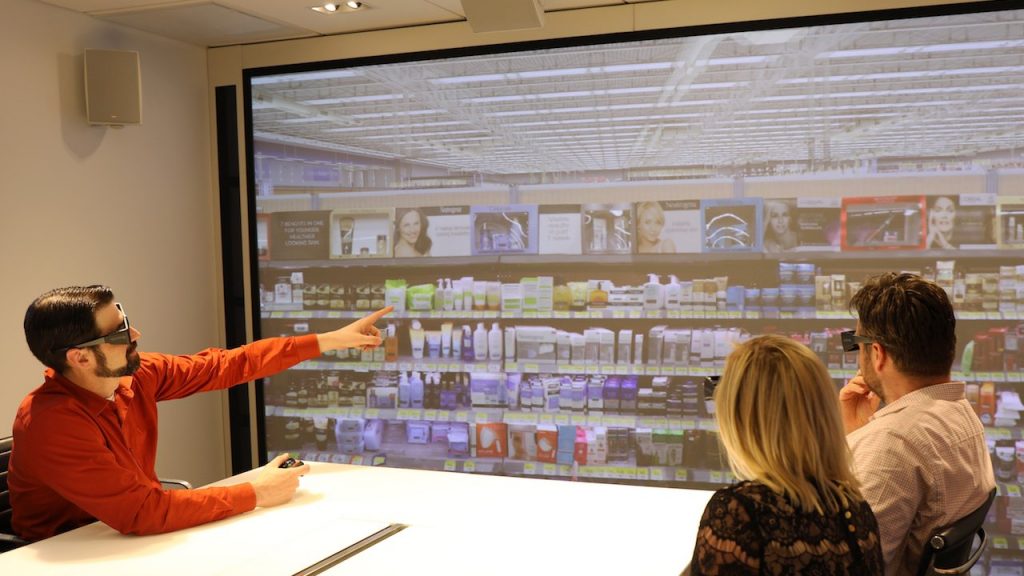 ‘Reality’, in 2017, can be such a loose concept. Huge communities and movements are sparked online, thousands of people rally together in forums and groups, associated only with a Wi-Fi connection and the information they choose to share. Many people claim they have best friends they have only ever seen through the computer screen. The world is becoming more and more virtual, and this move towards a more connected, virtual world can be seen in how we consume our multimedia, too. By 2020, the virtual reality market will be worth $37.7bn (20 times what it was worth in 2016) – and now everyone wants a piece of the VR pie.

Oculus Rift is largely credited with bringing the populist talk of virtual reality (VR) and augmented reality (AR) to life. Despite some oft-overlooked start-up problems, Oculus Rift became synonymous with the way we look at the future of visual media. Released in 2016, the unit price began at $599 – and shipped 243,000 units in its inaugural year. The hardware unlocked possibilities in all aspects of life – from events being beamed in front of your eyes, to virtual walkthroughs of potential apartments and universities. VR even helps with curing the fear of the dentist by giving us something else to think about while we have our teeth fixed – those who wore VR goggles in the dentist’s chair reported less pain. VR even gives us a glimpse back in time, as scientists have developed VR reconstructions surrounding pre-Vesuvius Pompeii. VR can show us what we can’t readily see ourselves, and therein lies the immense power and potential of the technology.

But the world of gaming was dealt the luxury of being able to capitalise from virtual reality the most. In a format that comes from imagining things we can’t do in real life, and allowing us to do them through onscreen avatars, the possibility of virtual reality gave gaming a further string to its bow. With beta testing of commercial VR systems successful in luring fans into the VR way of life – such as at the E3 Conference in LA earlier in 2017 – VR has begun its rollout into popular gaming movements. For example, Call of Duty’s space-themed VR excursion, Jackal Assault, played below by FoxHound Gaming, showcased the benefits of a VR game. It also acted as a teaser for the sceptical consumer as to how VR gaming would work – and how well it would do.

One of the major downfalls of virtual reality’s inception was the inaccessibility of it. The machinery was so expensive that there was no point in making it commercially available. To an audience who want to indulge in as much technology as they can, keeping them at arm’s length led to a slower rollout of VR demand. However, things have taken a turning point in recent months, with the consumer availability of VR software and hardware. Online gaming, for one, has increased the ability to access VR gameplay. For instance, Gamejolt and Steam have already provided users with hundreds of VR-enabled titles. All the end user needs are the relatively inexpensive hardware and they’re good to go. By enticing fans into VR with a small spend and a great level of engagement, the fans are more likely to invest in pricier and more complex VR later on.

But it’s not just conventional video gaming that benefited from VR. iGaming is also set to reap some of the rewards of embracing virtual reality. The Gonzo’s Quest slot game, available through Mr Green Casino and able to be played for free using the 200 spins offer at Oddschecker, is soon set to receive a fully featured VR version according to developer NetEnt. The iGaming market looks set to continue its steady success as more and more adopters turn to it. Figures from 2016 show that in the United Kingdom, online gaming resulted in a third of gambling’s entire revenue. With the relatively new features, much like VR, online gaming is set to continue its rise.

The move towards a virtual reality in iGaming is a considered one. Given that the action on screen is relatively simple, the implementation of VR can change things dramatically. With live dealers and scoreboards already available, and the chance to speak with people around the world as you play, the casino experience is nearing completion. By adding the VR elements to iGaming, players can experience the best of both worlds – the real one and the virtual one. Unlike high concept gaming that revolves around shoot ‘em ups in space, iGaming shows a nice example of how VR can enhance almost anything. And given that online gaming has the potential and reach to span a greater proportion of the population in terms of ages and genders – especially those overlooked by the consoles – it could just be the thing to entice everyone in the family into the world of virtual reality. 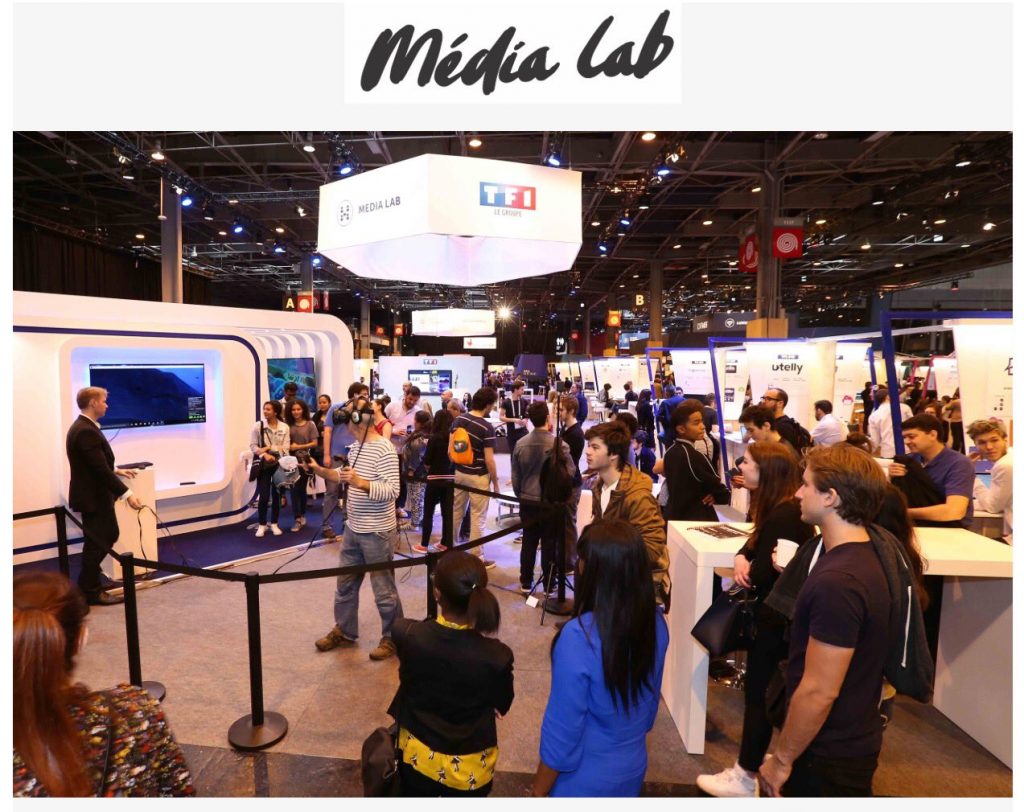 In many ways, iGaming appears to be more in touch with the demographic – with games suitable for everyone, and niche enough for those who want them to be. The creation costs are admittedly less than developing big console campaigns that might be left unplayed, but the demographic has changed. It was reported in 2014 that 52% of gamers were women – yet many felt under-represented and ignored with the barrage of samey male-oriented games. If nothing else, iGaming can better appeal to a more unisex society. The slot gameplay can appeal as much to an 18-year-old man as it can an 80-year-old woman – it would just be the reality they see around it that differs.

The competition to be the household name in VR devices is also allowing consumers to pocket the difference. The perfect competition element of manufacturing the devices brings down the end user price and makes the technology more available. The more available the technology, the more consumers pull it down the line. The greater the demand, the more stock can be shifted, the more profit can be made. And thus the more investment can be made in improving the technology. The forecasted revenue from the sale of AR and VR technology is set to be $84.7bn by 2020.

The HTC Vive and the PlayStation VR look to be heating up the competition for Oculus Rift – with each vying to be the namesake of console virtual reality gaming. The Xbox X is already VR-ready – and Intel is even combining its sporting games with VR to create a VR sports hub. VR was definitely the talk of the E3 Conference, and will most likely be the forerunner of gaming expos and conventions for the next few years. Gaming has already conquered this reality, why not move to conquer the virtual one. Take a look at the biggest gaming trend of 2016, the AR title Pokémon Go!, and consider what made it successful. It wasn’t the catching of the Pokémon, it was the interaction of our reality with the game’s reality – the chasing of Pikachu down your street, the reference in-game to your local landmarks. Gamers responded well to the appeal of what they knew – and the juxtaposition of the completely alien. Developers need only consider the formula for creating a VR game that plays into the real world and they’ll have the next big thing on their hands.

Online gaming is a huge industry, and one that is often overlooked by the console giants – and usually at their peril. By marrying the scope for expansion of online gaming with the projected market value of virtual reality, the future of gaming is definitely looking like it is taking shape. VR continues to steam ahead as the future – and by hooking up with online gaming at this stage, the pair is likely to be the kind of thing we previously thought was only possible in the world of the Jetsons.