Vodafone has conducted a live, holographic call as part of the company’s 5G trials. The call, conducted between Vodafone’s offices in Manchester and Newbury is the first of its kind in the UK and forms part of Vodafone’s ongoing testing of new 5G technology. 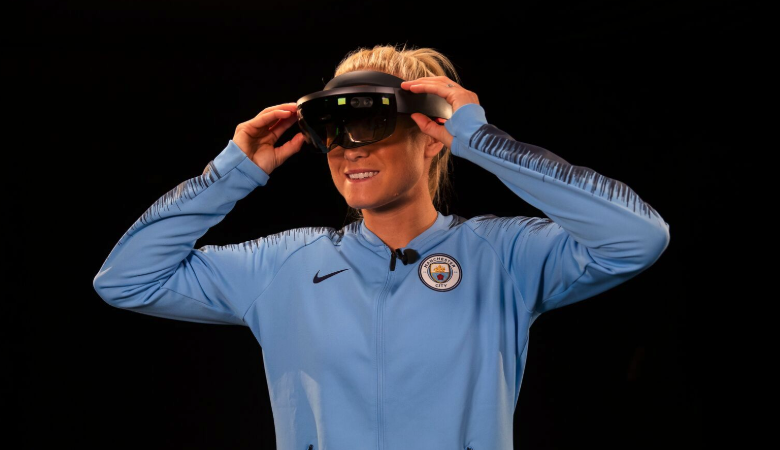 Manchester City and England Women’s Captain, Steph Houghton MBE, stationed in Manchester, interacted in a 3D, real-time communication with Vodafone Enterprise Director, Anne Sheehan, in Newbury. This gives a glimpse of what advances in network and technology could bring to our lives in the future.  Also taking part in the conversation was Manchester City and Lionesses fan Iris, 11, from Surrey.  Iris’s dream of being in the same room as her idol was realised through the power of 5G and the use of a HoloLens virtual reality headset – despite being over a 190 miles away. The exchange demonstrated the exciting possibilities that such technology can bring to the sport, including remote coaching and training as well as the ability to bring fans closer to their idols.

The call follows Vodafone’s successful first test of 5G spectrum across a live network in April 2018 and gives an early indication of how advances in technology can transform our lives in the future. The power of super-low latency 5G could enable a range of life-changing applications, from a surgeon remotely joining a theatre from Manchester to advise on a patient’s condition in Birmingham, to a technician with a virtual reality headset advising on the fix of critical infrastructure, to 4K gaming on the move.  5G significantly reduces the time it takes for data to be sent and received. This will help eliminate the motion sickness many people experience when using today’s VR headsets. 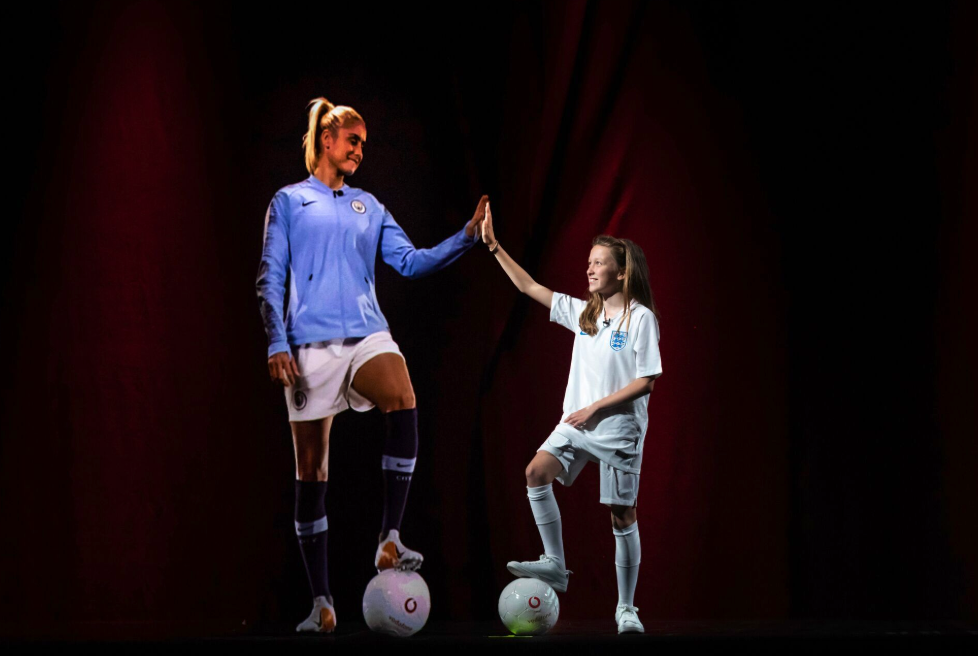 Commenting on the groundbreaking call, Vodafone’s Chief Technology Officer Scott Petty said: “We’ve been working hard behind the scenes to prepare for 5G with a multi-billion pound investment in new fibre infrastructure and technology. I can confirm today that we are ready and good to go with UK-wide city and rural 5G trials starting from next month.”

The holographic moment took place during Vodafone’s ‘Future Ready’ conference in front of a live audience.  Football captain Steph Houghton MBE, who dialled in as a hologram from Manchester said: “It was fantastic to see first-hand the opportunities 5G could bring. As a player, one of the most exciting benefits of 5G is the ability to bring us closer to our fans no matter where they are, allowing us to interact with them remotely in real-time. When I’m playing abroad with Manchester City and England, this technology will also make it even easier to stay connected with everyone back home. To communicate in 3D, in real time and with no delay or interruption is an unbelievable experience.” 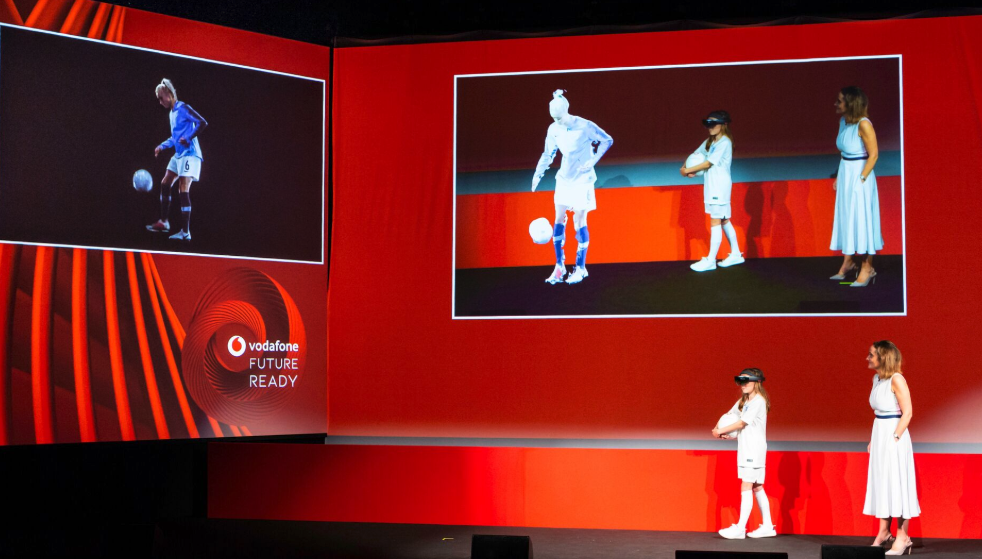 Vodafone also confirmed that in the coming weeks it will switch on 5G trials in the first of its city test beds, following end-to-end 5G testing at its Newbury-based laboratory. Manchester and Birmingham will be the first of Vodafone’s seven UK 5G test cities to go live, underlining a commitment to develop a super-fast and reliable network across the UK. We will also roll out 5G to popular UK holiday destinations such as Cornwall and the Lake District during 2019, so the UK’s cities aren’t the only places to benefit.

The infrastructure and technology are already in place to support 5G on our network. Vodafone was the first company in Europe to introduce Multiple Antenna (Massive MIMO) – an important building block of 5G – to boost capacity. With the addition of Software Defined Network and Edge Computing layers, we will be able to bring the power of 5G closer to customers on a mass scale when compatible devices arrive.