The technology, media and telecommunications (TMT) practice at Deloitte, the business advisory firm, has today announced its predictions for the UK telecommunications sector in 2018. The news comes following the launch of the seventeenth edition of TMT Predictions 2018.

Telecommunications Trends 2018
– The future of the smartphone

Deloitte predicts that smartphone adoption will continue to grow in the next five years. By the end of 2023, the smartphone will be – by a clear margin – the most used digital device. More than 92% of adults in the UK are expected to have a smartphone, rising from 85% today. Similarly, by 2023, more than 85% of 55-75 year-olds will have a smartphone, exceeding penetration of PCs and laptops within this age group. 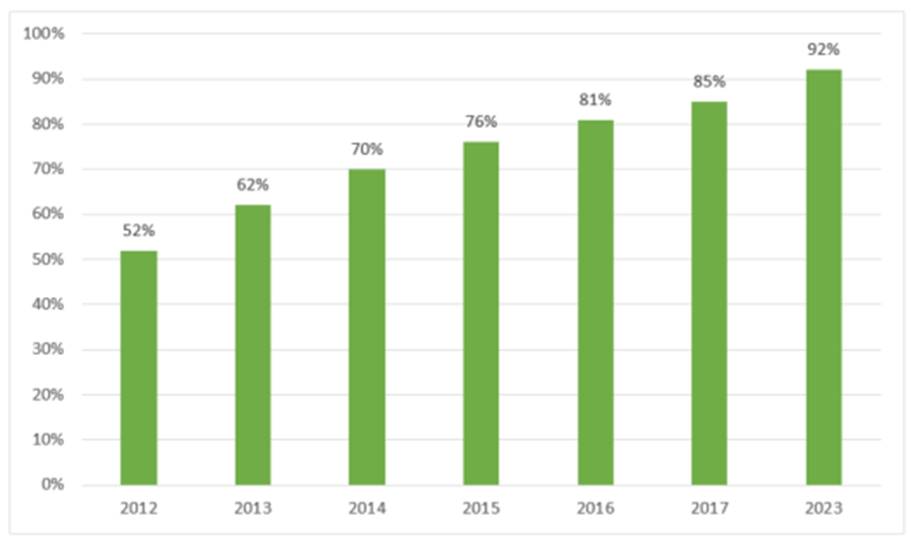 Deloitte also predicts that global smartphone sales will be 1.85 billion per year in 2023, a 19% increase over 2018, equivalent to more than five million units sold every day.

In the UK last year, 37% of adults worried about using their smartphones too much. Similarly, almost two-thirds (65%) of 18-24 year olds will worry that they are using their phones too much, increasing from 53% in 2017. As a result, consumers may try to limit their usage.

Dan Adams, partner and head of telecommunications at Deloitte, commented: “Over the past 10 years the smartphone has redefined how people live and interact with each other. Over the next five, the smartphone will enter an era of ‘invisible innovation’, with under-the-surface improvements to connectivity, memory, sensors and artificial intelligence. Technology such as 5G and artificial intelligence will become prevalent, and this will have considerable ramifications for the work of business.

“For half of the UK’s workforce, the smartphone may be the ideal digital tool: its merits are its portability, biometric security and constant connection. The smartphone will drive much of the next phase of business process reinvention, providing a digital tool for the tens of millions of workers in the UK whose roles are not desk-based.

“The smartphone is a once-in-a-generation innovation whose full potential is far from realised.”

Deloitte predicts that globally, one billion air passenger journeys – a quarter of all passengers – are expected to be on planes fitted with in-flight connectivity (IFC) in 2018. This is a 20% increase from the previous year. Deloitte expects that the technology will generate ancillary airline revenues close to $1bn in 2018.

While IFC has been available for many years in markets such as North America, it should be more popular and lucrative than ever in 2018, thanks to the rising number of routes covered, higher connection speeds and greater data capacity per flight.

UK airlines will increasingly adopt the technology from 2018, with IFC being commonly available by the end of the decade. This trend implies that within a few years, the airplane may no longer be one of the last remaining connectivity-free zones – in any part of the world.

Ed Shedd, head of technology, media and telecommunications at Deloitte, comments: “For three-quarters of air travellers at present, being on a plane means disconnection from the world, whether or not they want that.

“In 2018, the airline industry will commence a significant step-change. Newer aircraft and improved telecommunications technology will mean that connectivity will not only improve, but it will also become cheaper and, as a result, IFC is likely to become standard. The plane, too, will be connected – and the majority of passengers will be delighted by this and will express their happiness on social networks from 35,000 feet up.

“We expect that demand for in-flight connectivity among UK consumers will soar – the majority of people relish being connected, and will happily pay to connect as one of the paying in-flight options offered to air travellers.”