British manufacturer Meridian Audio thrives on the reputation of providing high-performance, high-fidelity audio , video components and systems. Â They were the first British Company to manufacture a CD Player back in 1983 and has since moved on to making some high quality audio systems found in high performance cars like the McLaren MP4-12C. 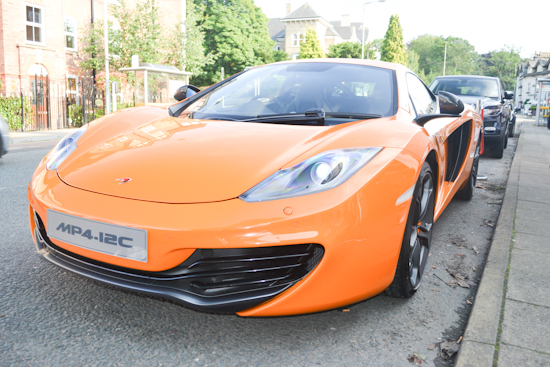 Founded in 1977 by Bob Stuart and Allen Boothroyd, its products have proved popular among music and movie enthusiasts, and more recently in the lifestyle technology and home cinema/home theatre fields.

GadgetsBoy had the privilege of experiencing sound, vision and design, all in one at the Meridian Manchester Launch event; Â we had a chance to meet Vince, the director and the CEO of Meridian Audio, Tim Ireland who both gave us a very amplified and elaborate tour of their catalogue of audio systems.

Present at the event was one of the two Jaguar XJ Ultimate ever made in the world; inside the vehicle is a showcase of some of what Meridian Audio are capable of producing, with a reclining seat, iPad with bluetooth apple keyboard, champaign holder, headphones forÂ passengersÂ and best of all an audio system with performance that is just beyond description. Â The audio system gives each passenger the ability to listen to their own sound withoutÂ interferenceÂ from other passengers e.g. the driver can listen to the news while the back seat passenger listen the sound from a movie. 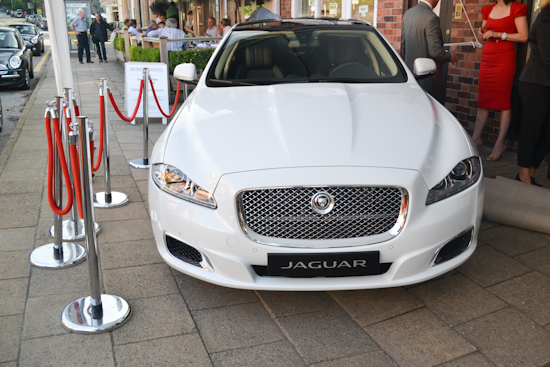 Inside the showroom are some of the award winning sound systems made by Meridian audio. Â The elegantly designed M6 Digital Active Loudspeaker produced a clear sound; the sculptured design is very unique with every bit of it uniquely crafted to produce sound seamlessly through the room with no vibrations and high quality; the dynamic range was full of perfection and when used for movies, it produced a very niceÂ cinematicÂ effect, attaching users emotionally to the visual entity.

We were impressed by the Meridian Digital Media Systems which provides a truly immersive view of your content. You can mark your favourite tracks and see your play history; create a playlist and add music to it; determine what tracks should be played next; or start playing a track immediately. 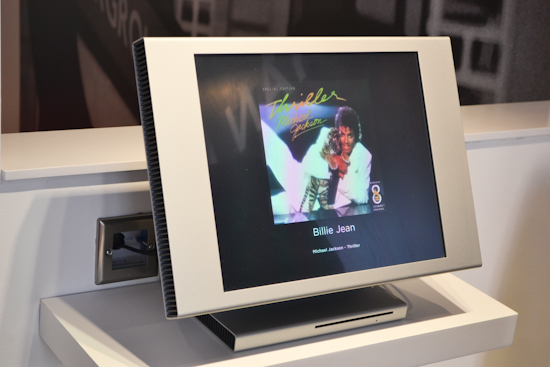 The speed at which the system function wasÂ phenomenal, with the ability to browse and add music fromÂ rhapsody, almostÂ instantaneously; the system is also available as an iPad App so you don’t have to be attached to your system. Â the only part we didn’t like with this system is the lack of a back button which can become confusing, but once you get to grips with it, it is very simple to use.

Celebrating 40 years of innovation was the DSP8000 Digital Active Loudspeakers, a trueÂ sheerÂ class of audio technology accompanied by the 808 CD Player. Â The DSP8000 looked sexy without compromising the sound quality, it is a true piece of genius and it is also fine tuned by Bob Stuart. 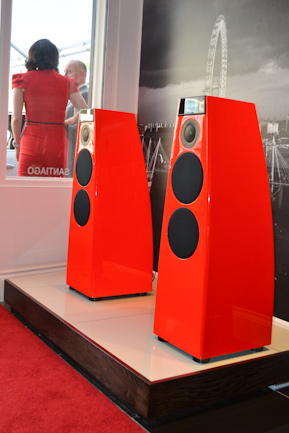 “It includes a new, more sensitive dual-magnet tweeter with a new moulded surround, while special calibration allows the loudspeaker system to operate at even higher sound pressure levels than the standard model.Â Driver surrounds feature exclusive machined detail, while the front glass is a special â€˜dark rubyâ€™ colour. Special spike-cups are used to mount the head unit and a special plaque signed by Allen Boothroyd and Bob Stuart on the rear of the head units carries the Limited Edition number.” Meridian.

We were also treated to a cinematic experience; playing via a Playstation 3 was Avatar, a movie full of heavy graphics and high sound quality which requires a very goodÂ surroundÂ sound system to truly enjoy it. Â The cinematic experience was truly immense, with captivating imagery from start to finish with the flickr free Meridian Video system. 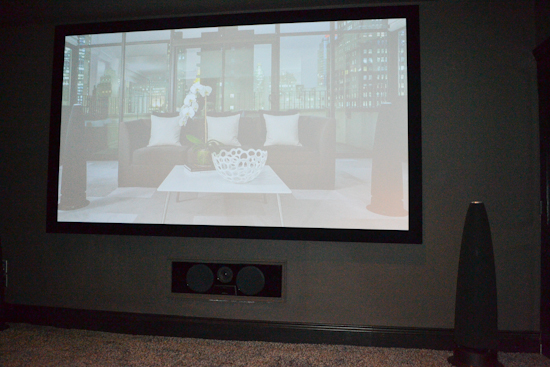 Every footstep, word, sound effects from the movie wereÂ dispersedÂ and spread according throughout the room with a subwoofer that was not over powering. Â Using four M6 systems, the two placed behind the seats played extra ambience to compliment the sound from the two at the front; with the orchestrated systems in place you can easily forget about the outside world while you truly enjoy your movie.

Overall it was a great experience and with their birthday coming up 7th of the 7th, we wish them the best of luck and look forward to more years of great innovations. Find out more about Meridian Manchester.