Designer Sean Miles has added to his collection of vintage fashion accessories made from recycled mobile phones, unveiling a series of designer handbags that double as phones as part of a project that illustrates the possibilities of gadget recycling.

These inventions, dubbed the â€œBags That Talkâ€ are created by combining iconic designer handbags including a vintage Celine box handbag, a Chloe shoulder bag and an Alexander McQueen clutch bag, with old Nokia and LG handsets sent in by O2 Recycle customers who no longer had a use for them. 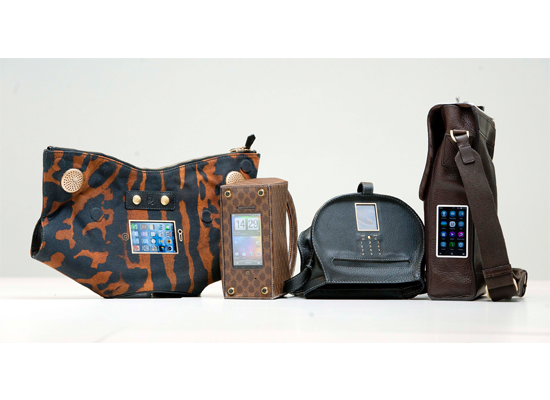 And for the fashion conscious man-about-town, a luxury Mulberry messenger bag has been transformed into a retro ghetto blaster-cum-mobile phone, ready to start playing your playlists at the touch of a button as well as giving you the freedom to talk on the move with your built in phone and earphone socket.

The fully-functioning â€œBags That Talkâ€ have been â€œupcycledâ€ â€“ the process of converting waste materials or otherwise useless products into a new, desirable item â€“ by Miles and O2 Recycle as part of an on-going exploration of what can be done with recycled gadgets.

O2 Recycle estimates that there are already 70 million unused mobile handsets in the UK and there are an additional 30 million new phones sold annually.* The service pays up to Â£260 to those who recycle gadgets including phones, handheld consoles, SatNavs, MP3 players and digital cameras. 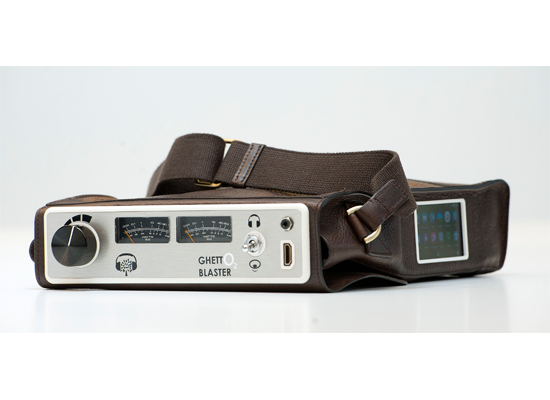 Designer, Sean Miles, the man behind the designs said:

â€œThe hope is that my final instalment for this innovative project, â€œThe Bags That Talkâ€, will get people to notice what can be done with mobile phones rather than just sending them to landfill. The aim of the campaign has been to get the public to think again about the waste created by not recycling gadgets so even if a few more people recycle their gadgets I think this project will have fulfilled what we set out to do. While these fun innovations may not be to everyoneâ€™s tastes it shows what you can do with recycling mobiles; there are hundreds of other uses that old phones can be put to â€“ from being reconditioned and used again to being mined for their components.â€

The â€œBags That Talkâ€ are the last products in a series that O2 Recycle and Miles have created. The first, the â€œWalkie Talkiesâ€ combined vintage footwear (including a brogue, Nike Air trainer, Hunter Wellies and a Christian Louboutin high heel shoe) with old handsets to create customised, fully-functional phones.

The second saw the creation of the â€œTalk to the Handâ€ gloves, bringing together vintage Mui Mui and Pineider gloves which had an old mobile phoneâ€™s speaker unit embedded in the thumb and microphone built into in the little finger of the gloves, allowing customers to keep their hands warm while they chat through Bluetooth connection.

â€œWeâ€™ve all got a role to play in making sure that old handsets – and gadgets in general â€“ live on even when weâ€™ve finished with them. Whether functioning phones are sent on so that others can make use of them or they are stripped for their metals which can be used again, there is a pressing environmental need to think of them as a resource that we need to recycle responsibly rather than dispose of.â€

â€œWhile we may not be able to upcycle every phone that we receive, I hope that this project will prompt a few more of the 30 million people a year who buy a new handset to recycle their old one. You may not end up with a Bag That Talks of your own, but at the very least people like us at O2 Recycle will pay cash to those who do the green thing and recycle.â€

O2 Recycle, which is part of the O2 Think Big environment initiative, offers cash payments for those who recycle accepts not just phones, but also tablets, MP3 players, handheld consoles, digital cameras and SatNavs. The scheme is available to O2 customers and non-customers alike and will match the price offered by other recycling schemes for old gadgets. All money raised from the recycled phones into the Think Big fund, helping to turn around the lives of young people.