There are so many RC Helicopters and quadcopters out there today, but the higher you go in price the more you expect to get out of them like an Integrated camera. Â If you are not bothered about the camera feature but still want the same level of flying style the likes of AR Drone quadcopter can do then the Hubsan X4 is for you, with low price attached and ability to fly, roll and flip. Â If you are really creative or ambitious you can even attach a small action camera which you can buy on Amazon and attach it to the Hubsan X4.

â€œA big thing in a small package, with a can do attitudeâ€.

This miniature sized beast is capable of great fun â€“ performing entertaining feats and should have you occupied no matter the time, able to fly indoors and outdoors (wind speed dependant). Â If you do plan to fly it outdoors, you will have much more space and allow you to let go when flying, only thing that could possibly stop you is wind.

The Hubsan X4 Micro Quadcopter can be used as a learning aid to practice your flying skills and is ready-to-fly with a 4-Channel LCD display 2.4GHz transmitter, featuring adjustable sensitivity modes for normal or expert flight. Charging is handled via a USB charge cable and the supplied power system provides more than enough power to allow for flip somersaults and rolls. 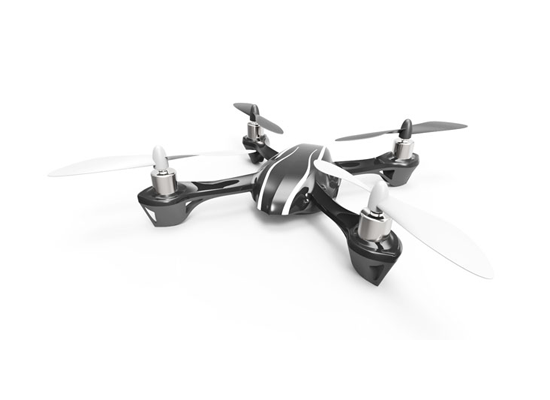 Featuring a neat moulded fully enclosed fuselage to protect the main electronics, the stylish design looks and performs amazing in flight. Turning cycles, figure of eights, banking are simple. Â With the small build, do not be fooled by the looks, it is highly capable and can do some insanely high speeds for such a small device.

The Hubsan X4 Micro Quadcopter will perform flips and rolls in all directions when flown in expert mode which is easily selected by the supplied 2.4GHz controller. The stylish canopy houses built in led lights helping to acts as orientation aid and flashes to indicate when the battery is running low.Â It is very easy to fly, even for a beginner, once you get it off the ground the rest of the flying is history. Â Flipping and rolling is highly advices to be done in an open area where you will not end up breaking things.

To help celebrate the Launch of Oticos, a gadget website, we are giving away 4 x Hubsan X4 Micro Quadcopters, and how you enter is really simple. Â Please bare in mind that this is UK only, so we would only be able to post to the UK.

Using the two links below, Follow Oticos on Twitter , on Facebook and leave a comment saying what you think of the Hubsan quadcopter, really that simple. Â CompetitionÂ will close on the 27th of April, so get entering.